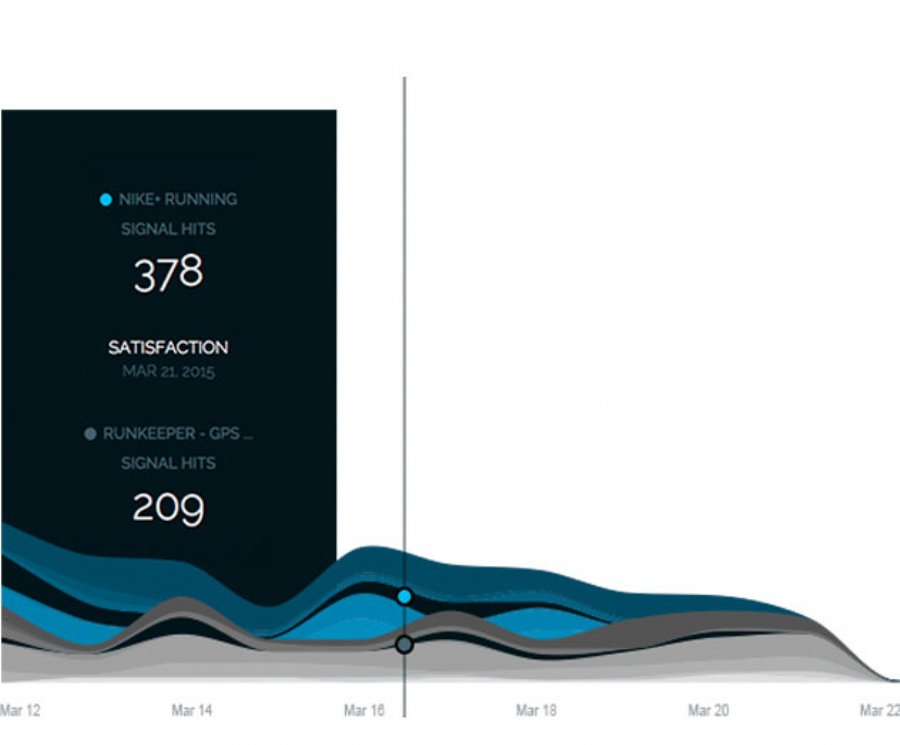 
5,729
Applause has announced updates to its user sentiment tool mobile app analytics tool which crawls user reviews and star ratings from more than 30 million apps and 500 million app reviews in iOS and Android app stores across eight countries.
The platform uses this information to offer competitive benchmarking, comparative analysis and more to provide a gauge of how apps are perceived by users and performing in the apps economy. The information is presented as an Applause Score, a 0-100 number that weights attributes from the user reviews of a company’s apps against the rest of the app store. Applause Analytics further breaks down user perception of app quality across ten standard Applause Attributes including performance, security, interoperability and more.
The new platform features include:
- New Interface: Serving up the right information at the right time to keep app owners at the center of their app quality universe.
- International Benchmarking: Companies can now see how their app is performing in different app stores around the world.
- Custom Attributes: For years, Applause Analytics has been scoring apps across the apps economy by ten key attributes that indicate directional success. Now, users are also can leverage scoring mechanisms that score apps based on the criteria they select.
- Activity Feed: It’s now easier for companies to stay up to date on user opinions and ratings on their app and their competitors’ apps. This feature displays information such as review swings, star changes and releases.
- Competitive Benchmarking: From auto-defining competitor apps based on similarities, to being able to track review sentiment and hits across key attributes, this enhanced feature enables companies to always know where they rank.
- Comparative Analysis: Users can take a dive deep across top competitors to see where they stand on a given day based on app store star rating, Applause score or review count.
- Apps Economy Overview: This new feature helps companies gather greater insight into what's trending in specific app stores and what trends lead to success.