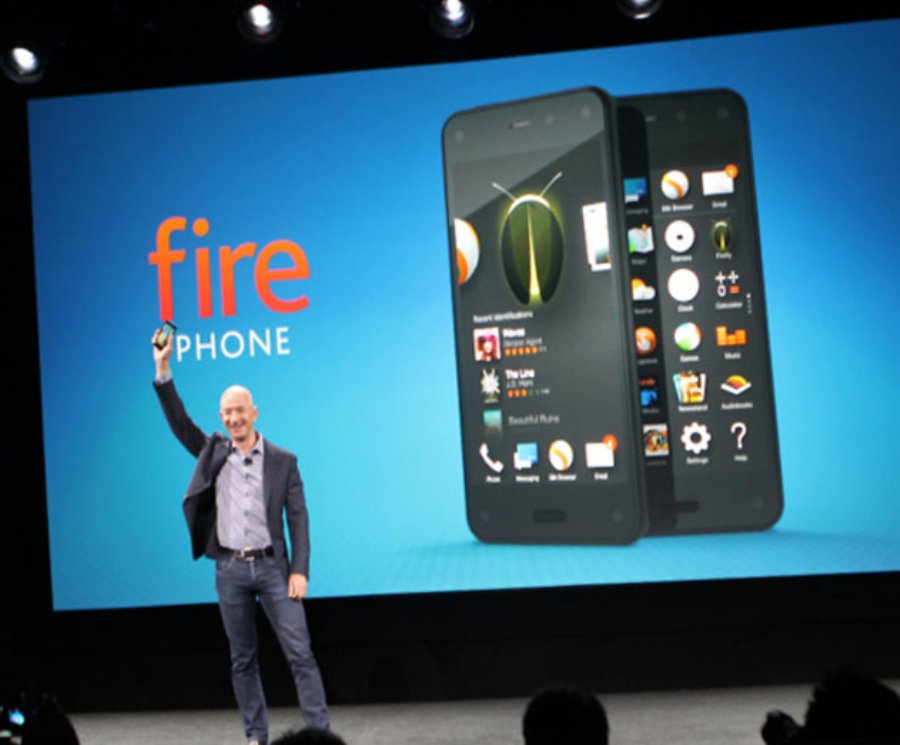 
12,039
Amazon has announced the Fire Phone, an exclusive Android based device (ships with Fire OS 3.5), supplied directly from the online shopping giant. The Fire Phone comes with an enormous amount of breakthrough technologies that when put beside Apple's, Samsung's, HTC's, and other manufactures leading devices, kind of leave you wondering what they have been up to all this time. The launch event today showed off the new phone and it’s capabilities as well as the many SDK’s attached to the new features that app developers can begin using today. Here are the specs for the device itself:
Gorilla Glass screen, rubberized frame
4G LTE Ready
4.7-inch IPS screen. Optimized for one-handed use
590 nits screen: super bright for outdoor use
Quad-core, 2.2 GHz processor, Adreno 330 graphics, 2 GB of RAM
13 MP camera, f/2.0 lens (with instant access, not even needing to turn the screen on)
Only available for AT&T network (biggest downfall so far)
Optical image stabilization adjusts lens 100 times per second
Unlimited storage of photos in Amazon Cloud Drive for free
Dual stereo speakers, Dolby virtual surround (we caught a demo of the Dolby Surround sound capability at the Dolby booth this year at apps world and it’s most impressive)
Tangle-free cables on the included earbuds
ASAP: predictive caching of video you might want to watch
Free prime music streaming, but Pandora, Spotify, iHeartRadio, and more will be on the phone, so it’s not limited by Amazon Prime Music’s library
Immersion reading, or seamless transition between Audible and reading, built in
Mayday accessible at any time as well and it works on Wi-Fi or cellular, response in 15 seconds or less
A new feature named Firefly can detect phone numbers, movies, books, games, CDs, food just by pointing your camera at them - it can recognize over 100 million items. There is a dedicated button on the new phone jus fork this feature (volume, camera, and Firefly). It makes it so you can buy things you see in the real world instantly. It can tell if a phone number doesn’t exist, which improves image-to-text conversion, as well as even recognizing artwork.
Firefly feature does come with an SDK for developers
Dynamic Perspective: The phone uses four cameras to have a super-wide field of view and depth perception to track your movements. They’re infrared, so it works in the IT re-draws 3D images at 60 frames per second (think 3D map representation) based on your movements. Furthermore, the new 3D display technology allows you to see elements underneath other on-screen elements. You can look *under* icons on the screen for example. There are lots of tilt controls throughout the interface that work together with Dynamic Perspective as well like moving through web pages and books.
Comes with 12 months of Amazon Prime

The Fire Phone will be available starting July 25 exclusively through AT&T, in two configurations: a model with 32 GB of storage for $199.99 and a 64 GB model at $299.99 (both with a two-year contract)
While Amazon it late to the smartphone party, I think they just stormed in wearing their best suit and everyone just turned around to stare..