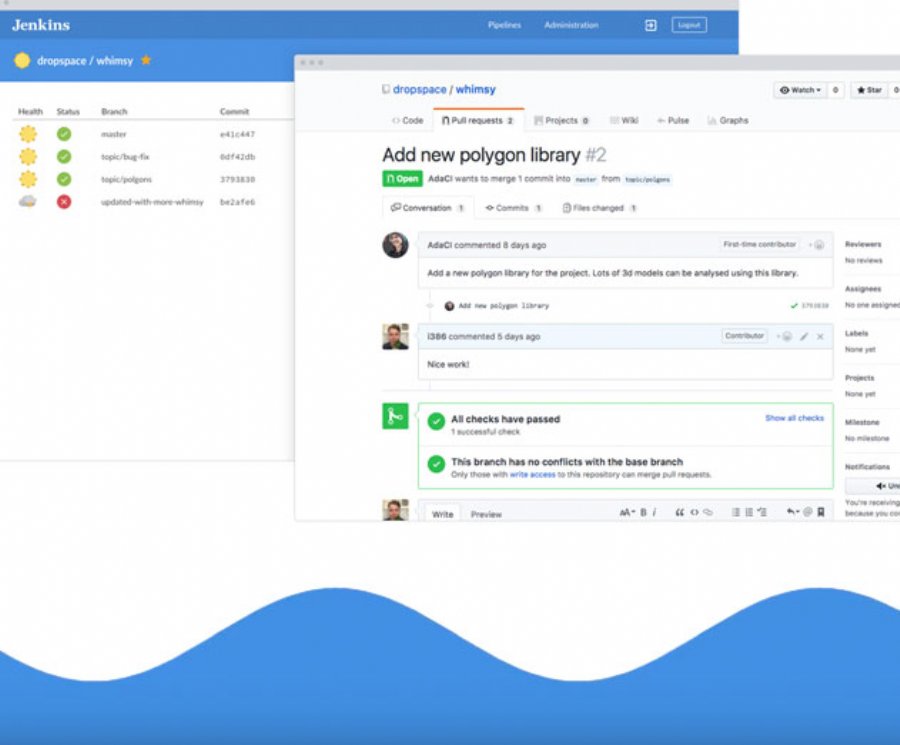 The Jenkins project, comprised of a community of practitioners using Jenkins, has released (1.0) and general availability of Blue Ocean, its dramatic new UX implementation. The anticipated launch of Blue Ocean brings a new user experience to Jenkins based on a personalized, modern design that allows users to graphically create, visualize and diagnose continuous delivery pipelines. This is more than just putting a modern face on Jenkins: Blue Ocean re-imagines the Jenkins user experience by enabling teams to more easily adopt continuous delivery. CloudBees, Inc., the hub of enterprise Jenkins and DevOps, founded the new project and subsequently open sourced the software.

With the official release of Blue Ocean, Jenkins now allows any member of a DevOps team to adopt continuous delivery without having the expert knowledge previously required to use Jenkins. Continuous delivery pipelines are inherently complex, making it difficult for team members - from developers to IT operations to management - to get a common understanding of the progression of software through the pipeline. It helps simplifies the development of software pipelines by allowing developers to create them with a visual pipeline editor and then visualize the process flow in an intuitive way, such that the whole organization, not just developers, can understand it.

Using Blue Ocean, team members gain a graphical overview of the entire pipeline, enabling them to identify issues and then drill down to find the source of the problem. Underpinned by Pipeline as Code, which enables the pipeline definition to be stored with the application code and infrastructure as code, it also allows teams to reproduce previous configurations and processes easily when things go wrong.

CloudBees and the Jenkins community have collaborated to architect and develop the Blue Ocean user experience with key features such as:

- Visual Pipeline Editing: Team members of any skill level can create continuous delivery pipelines from start to finish using the intuitive and visual pipeline editor. No code or text editing is required. Anyone can create sophisticated pipelines with just a few clicks.

- Pipeline Visualization: Enables teams to visually represent pipelines in a way anyone in the organization can understand whether technical or not, improving clarity into the continuous delivery process for the whole organization.

- GitHub and Git Integration: Pipelines are automatically created and run for all feature branches and pull requests, with their status reported back to GitHub. The whole team has visibility into whether changes need work or are good to go. The new project provides native, in-depth integration with Git.

- Personalization: Team members can make Jenkins their own by customizing their dashboard so that they only see the pipelines that matter to them.

- Built with and for Declarative Pipeline: Any pipeline created with the visual editor can also be edited in your favorite text editor bringing all the benefits of Pipeline as Code.

"The Blue Ocean project has had incredibly positive feedback from the community since its inception. It brought a breath of fresh air to the working horse of developers everywhere that is Jenkins,” said Kohsuke Kawaguchi, Jenkins founder and CTO at CloudBees. “The new and very modern and intuitive UX makes Jenkins more approachable and continues to enhance the power and usability of Jenkins. It takes an organized team of contributors like the team that CloudBees provided to the Jenkins project to drive a large effort like Blue Ocean. As CTO of CloudBees, I'm very proud that we made this happen."