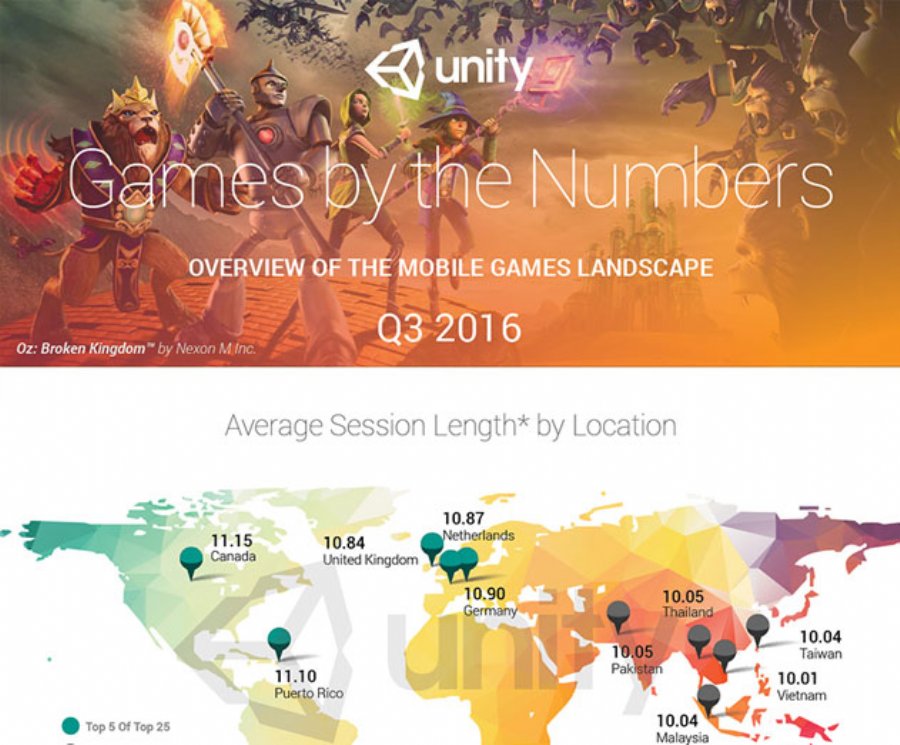 Unity revealed its Q3 Games by The Numbers report


91,793
Unity revealed its Q3 Games by The Numbers report based on nearly 5B installs across 2.4B devices in Q4. Key highlights can be found below.
Play frequency: Android and iOS players have nearly the same average number of sessions per day (2.4 vs. 2.38)
Daily playtime: the average Android player spent 26.6 minutes on average playing Unity games every day; for iOS it was 19.8 minutes
New iPhone activations: through the first three weeks post launch, Unity saw 7 devices activate at a rate of nearly 3x that of 7+; when comparing data for both 7 models to the same 2015 period for iPhone 6s models, the volume of total iPhone 7 activations was 20% lower than iPhone 6s device activations
Device size: Phones saw 5x more gameplay sessions than phablets/tablets
Top regions: Canada, Puerto Rico, Germany, the Netherlands and United Kingdom accounted for the top five countries with the longest average session lengths (the US just missed the top 5, coming in at number 6)
Unity Analytics reports are designed to help developers better understand their users and inform design and development priorities.