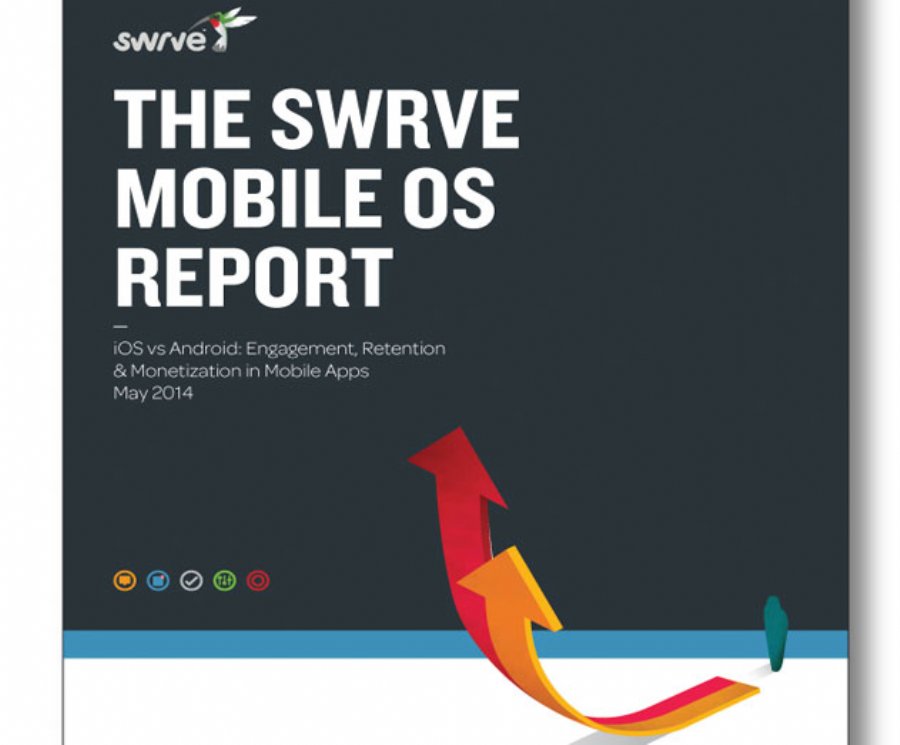 
10,315
Swrve has released a new “App Monetization and Engagement” report which details relative rates of retention, engagement and monetization for app users on Android and iOS, using a like-for-like comparison for the month of April.
The report reveals that on average iOS users spend 45% more on in-app purchases than those on Android. Users of iOS apps are also 32% more likely to make any purchase at all. Swerve speculates that this figure probably reflects both the socio-economic divide between Apple and Android and the relatively frictionless in-app payment process in the Apple ecosystem.
The report shows how, in contrast to the monetary engagement lead of iOS, Android users typically enjoy greater levels of activity with apps. Android users spend 17% more time in any given app due to a greater number of app sessions in the month.
The report covered all app types, but only included data from those with directly comparable iOS and Android versions. Swrve used session, retention and spend data covering over 10 million users across dozens of apps.
The full report is available here.