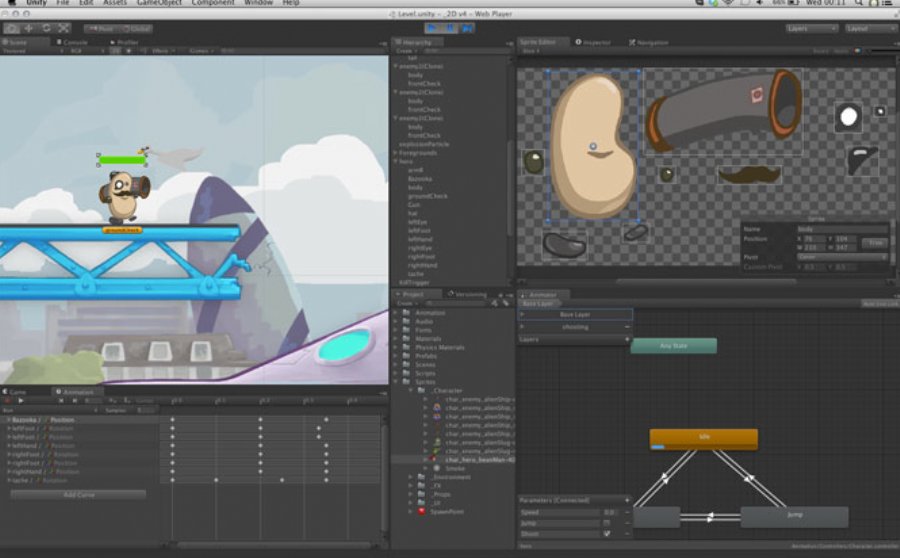 
786
Unity Technologies unveiled a new 2D tools and workflow for the Unity engine and editor at its’ Unity 2013 Conference. Now in beta the full release will be included with the  Unity 4.3 update later this year.

The tool offers the introduction of a dedicated scene view, which includes specialized 2D scene manipulation tools. Scene view can be toggled between the traditional view or set as the default when creating a project. Importing, manipulating, and working with 2D are facilitated with the addition of a new sprite texture importer type, automated atlasing, and dedicated 2D renderer component.