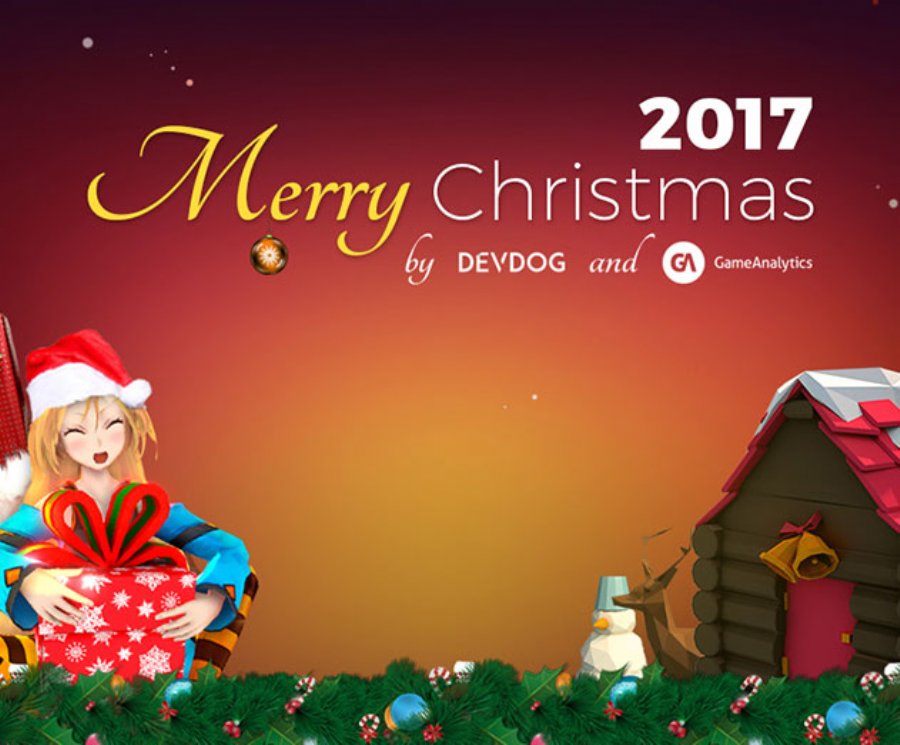 Annual Unity Christmas game development competition is taking place until Christmas Day and giving away over 350 presents to its users.

After less than two weeks, the 2nd edition of the yearly community sponsored Christmas event for Unity game developers organized by Unity Asset Store publisher Devdog and analytics suite GameAnalytics, has already attracted over 5000 participants and created quite the social media buzz, with 4000+ shares on social media.

At over 1200 Unity-related game development presents in the gift pool, the event has already overshadowed last year’s edition, where only 350 presents were up for grabs, promising much greater chances of winning an early Christmas present for all participating game developers.

“This year, we teamed up with over 54 industry partners to make the world’s largest Christmas event for game developers even bigger. But with more presents comes large responsibilities, so we’ve also teamed up with GameAnalytics who not only sponsors a Nintendo Switch, but also helps ensure that the event reaches as many game developers as possible,” said Devdog co-founder, Sune Thorsen.

Among the many sponsors of the Christmas Calendar are industry powers such as Nordic Game Jam, PocketGamer Connects, Nordic Game Conference, GameAnalytics, and a whole sleeve of the best-selling Unity Asset Store publishers.

“We’re proud to see so many partners come together to give the game developers who make the games we all love to play a chance of winning an early Christmas present,” said Devdog co-founder, Sune Thorsen.