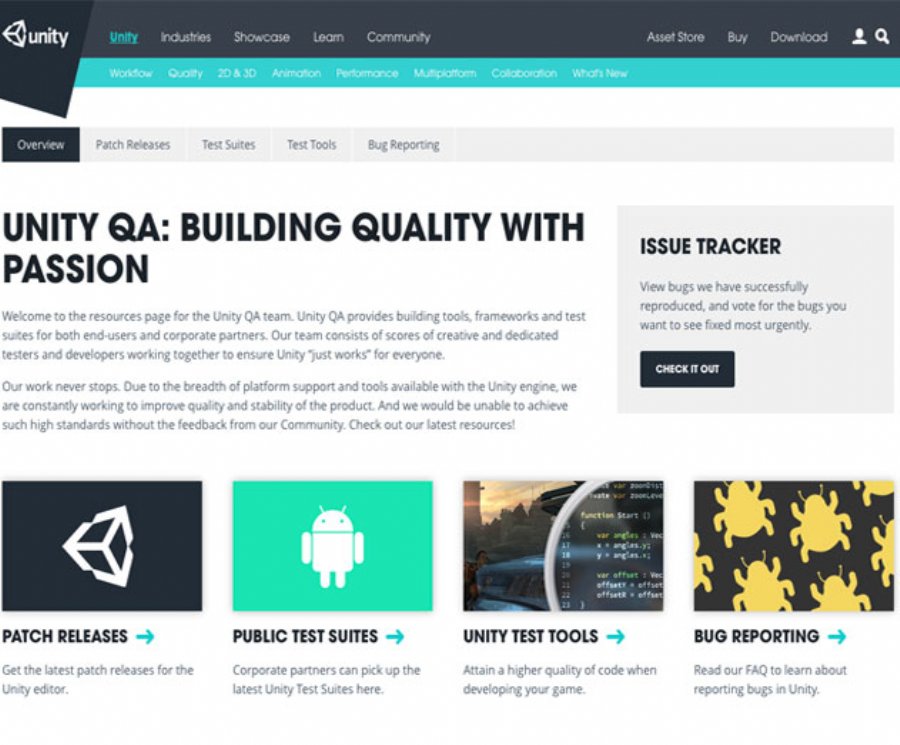 
2,085
Unity has launched a new section on its website dedicated to the work and happenings in QA for the platform. The QA mini site is a one stop place for blogs, public test suites, the Unity Test Tools and the patch releases.
The new Unity Test Tools page will provide links to the package, documentation and example projects for the tools. With these developers will be able to both get the latest updates for the package itself, as well as getting resources for utilizing them.
Unity’s public test suites is currently contains its runtime test automation for Android, but Unity plans on releasing for other platforms as they become available. It is a suite of tests Unity shares for developers who are interested in running the Unity test suites on their own devices. Documentation and new releases will be available on the QA mini site.
Unity has also enrolled the patch releases coming from its sustained engineering team on the QA mini site. There is also a RSS feed from the site to keep developers up to date with the patches sent out.
The mini site also contains a page dedicated to the bug reporter. Unity says that it has had so many reports coming that it has decided to prioritize them according to how good the chances are of reproducing them.