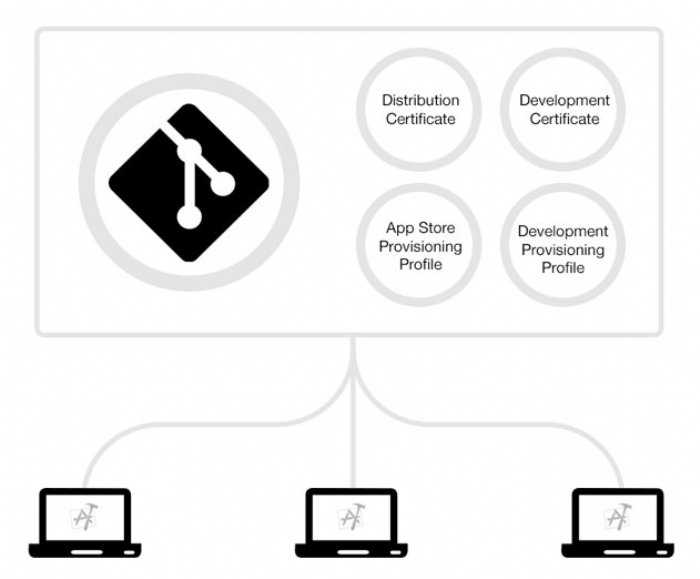 
13,323
Twitter has been busy releasing functional open source tools made possible through its acquisition of fastlane in October. The latest tool in the fastlane arsenal is match, a new tool that helps automate the code signing process.
The tool helps alleviate challenges for development teams which have separate code signing identities for every member which can result in a large number of profiles including a lot of duplicates. With match, fastlane has created a central place where all code signing identity and profiles are kept by using a separate private Git repo to sync profiles across multiple machines. match will:
- Generate code signing identity and provisioning profiles if necessary.
- Stores everything in a separate Git repository
- Automatically installs the certificates and provisioning profiles from the repository.
When creating a private Git repo, certificates and profiles are stored there so there is one code signing identity for an entire team. Fastlane’s match automatically fetches the latest certificates from the remote Git repo and installs them on a local machine. If a profile is missing, fastlane will automatically generate one and upload it to a Git repo. match will store the iOS certificates provisioning profiles and the files are encrypted using openssl.
You can learn more about how the tool works through these guidelines.