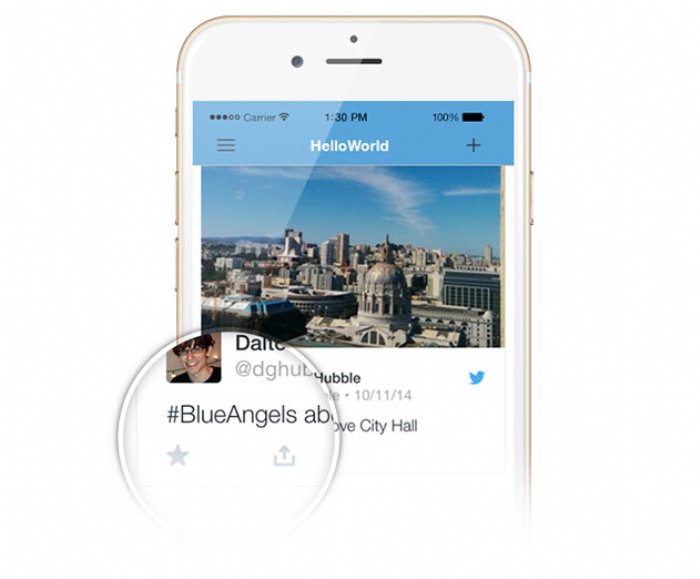 
9,528
Twitter has recently released updates to Digits and Twitter Kit, both part of its Fabric set of developer tools.
New updates to Digits now provide a way for app developers to enable users to sign up and log in using their phone number without setting up and remembering passwords. Users can update the phone number they use to authenticate their account, allowing Digits to help manage the entire user lifecycle.
And through text and voice, Digits allows users to sign into apps in two steps - enter their phone number, and enter the verification code sent via SMS. But if the SMS fails to go through, Digits will now be able to send users their verification code via voice as a backup. This keeps onboarding users as simple and reliable as possible. These Digit updates are available as an limited release on web and iOS in certain countries.
Also new is an update to Twitter Kit which now allows users to perform inline actions within Tweet embeds on both iOS and Android. This means that users can now engage with Tweets as part of an app experience with immediate access to two popular inline actions - favoriting and sharing. With a few lines of code, developers will have control over whether or not to display these within an app. By default these inline actions will be hidden to keep the process of embedding tweets simpler.
Users would have to be logged-in to Twitter to perform these actions. If users aren’t logged in, developers can set a custom callback which can handle logged out user favorites by launching a login with the Twitter authentication flow. Twitter will default to the callback action set up to help make the experience more seamless.