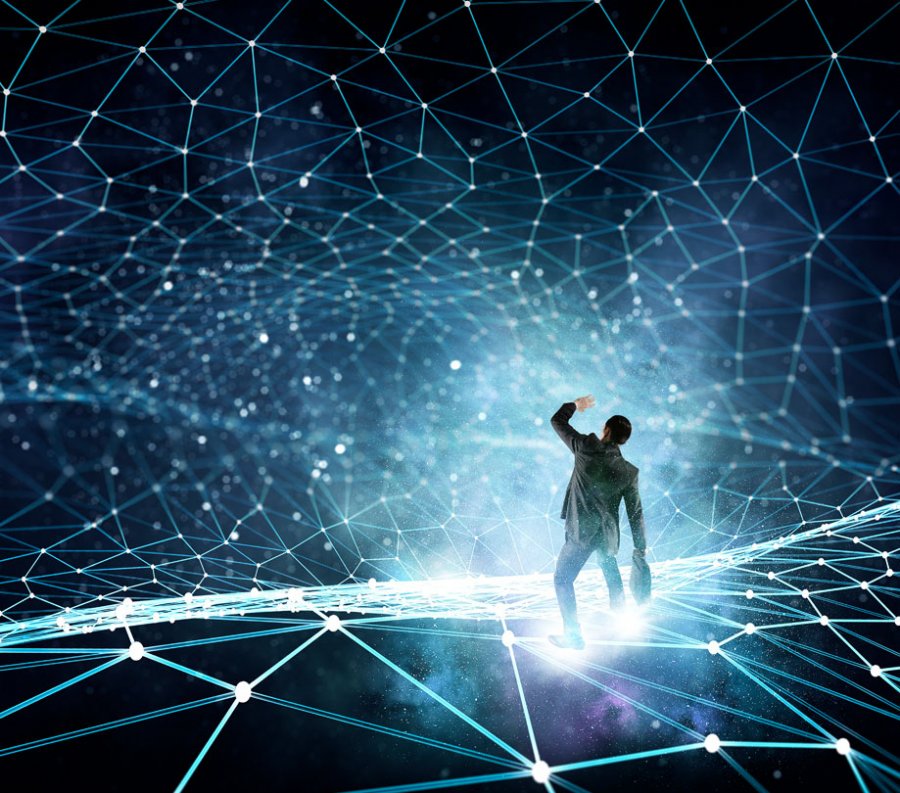 The issues with Blockchain and the enterprise

Enterprises today are struggling to keep up with fast-past technology as it is, as evident by the low-code movement and continuous release cycles. So throwing blockchain into the mix can be crushing. Here's how to bridge the gap of blockchain with enterprise.

At the end of January 2018, the total market cap of the crypto-economy stood at over $500 billion. This phenomenon is occurring at a time when the vast majority of individuals involved in this space are just trading cryptocurrencies and where even that user base is not particularly big.

Some people interpret these facts as a sign that this is a bubble waiting to burst. Other, less extreme commentators accept that investment into the space is ahead of the actual technology capabilities and based more on its potential transformational effect. Of course, there are also those that believe investment will continue, the market cap will increase and the naysayers will have to eat their words as the predicted revolution really takes hold over the next few years.

Whichever camp you sit in, it would be hard to argue that a gap does not exist between the assertion that the blockchain will affect a whole range of industries and its actual adoption and utilization within the enterprise community today. If we are to bridge this gap, as Qtum and many other enterprise-focused blockchain organisations hope to, we must first identify what issues exist now, why they have occurred and how we can start to close the divide.

The biggest existential threat to blockchain technology right now is scalability. While everyone in the industry seems sufficiently confident that one or a number of the solutions being talked about will eventually solve this problem, confidence alone is not enough for some enterprises. These businesses may depend on the day to day reality of Visa transaction speeds of over 1,500 transactions per second. For them, it’s not good enough to say that a maximum 20 transactions per second on the most well known blockchains will be improved through off-chain transaction handling. Their shareholders are looking for certainty now and projects that can provide solutions to this issue sooner rather than later will get a headstart on their rivals.

Such a headstart might be held back by the second issue facing the industry though, which is a shortage of sufficiently capable developers. Even the largest and most well funded crypto-companies are struggling to recruit developers with experience of Solidity, the most recognised smart contract programming language. When you consider this shortage, particularly in relation to the ever increasing demand for developers from parallel technologies like the Internet of Things (IoT) and Artificial Intelligence (AI), this is a big issue. If the appetite for decentralised applications from businesses increases as expected, these demanding clients will not be impressed by an industry that cannot deliver what is promised.

Which leads onto one of the biggest obstacles to enterprise adoption of blockchain right now, trust. It’s hardly surprisingly that big business remains wary of a technology which often promises to break down the centralized oligopolies at the heart of many industries. Data ownership and the management of information flows within markets has enabled big business to dominate. However, blockchain provides a new infrastructure and protocol layer that can replace centralized control.

While many forward thinking individuals in big organisations see this vision of the future as inevitable and therefore unignorable, others are more sceptical. The flow of scam ICO headlines and currency exchange hacks (even if, ironically, it is the centralized elements of these projects that are most vulnerable) does nothing to help these innovators convince the sceptics they interact with everyday. Not only that, these businesses operate in highly regulated environments, overseen by institutions that have often not made clear their own positions on cryptocurrencies and blockchain technology.

It’s also worth remembering that, even for those who are enthusiastic about blockchain's potential, cost still stands in the way. For the most part, it’s more expensive for companies to develop decentralised applications than it is to develop centralized ones. Cost is always a significant issue for enterprise and, if the case for using blockchain technology to build a new application is not made completely clear, financial controllers will often oppose them.

Evidently blockchain has some underlying issues that need to be resolved if its to receive the all clear from the enterprise community that will help it reach its transformational potential. One of the main initiatives the industry must put its energy and ICO-founded resources behind is education. For all the talk, the decision makers within enterprise still do not truly understand the advantage that this technology can bring. In particular, the interrelated benefits of smart contracts, digital signatures, distributed immutable ledgers, decentralized identity and tokenization need to be clearly explained to see blockchain’s potential. Our own work, in setting up commercial blockchain research centers with organisations like 360 Finance, is aimed at doing exactly this for the enterprise market.

Secondly, interoperability between different blockchains and with the various new device formats that are proliferating the world must be a priority. There’s a danger that the early manifestations of blockchain could become useful for specialist applications (Bitcoin, and the exchange of ‘digital gold’, being a perfect example) but not adaptable enough to the range of commercial situations that have been suggested as potentially transformable. For blockchains to succeed, they need to be stable, interoperable and modular in nature, so that developers working on enterprise applications can easily make the most of them. It’s clear that the combination of smart contracts and IoT devices working on blockchain infrastructure has huge potential to transform a whole range of business systems, and our work with the Trusted IoT Alliance is part of our efforts to ensure this occurs.

Finally, regulation needs to be addressed. As innovators, most crypto-companies would prefer to self regulate but enterprises are naturally wary of anything outside their comfort zone. Were the overseers of a range of markets where blockchain could have a huge impact - such as insurance, healthcare, data storage and energy - to make clear statements of support for the technology, this could really shift the dial for blockchain adoption.

The divide that exists between blockchain and enterprise is not an unbridgeable chasm. However, both sides need to make an effort to connect the areas that may currently seem out of reach. On the blockchain side, some key technological hurdles must be navigated that will provide risk averse businesses with the confidence they need to dive in. On the opposite side, businesses cannot just stand back and watch from the sidelines. They must be willing to do more than dip their toes in, by funding education within organisations and partnering with the most appropriate blockchain projects.

If both sides can keep these aims in mind for the foreseeable future, a blockchain-enabled transformation that all businesses can benefit from shouldn’t be far off.
This content is made possible by a guest author, or sponsor; it is not written by and does not necessarily reflect the views of App Developer Magazine's editorial staff.