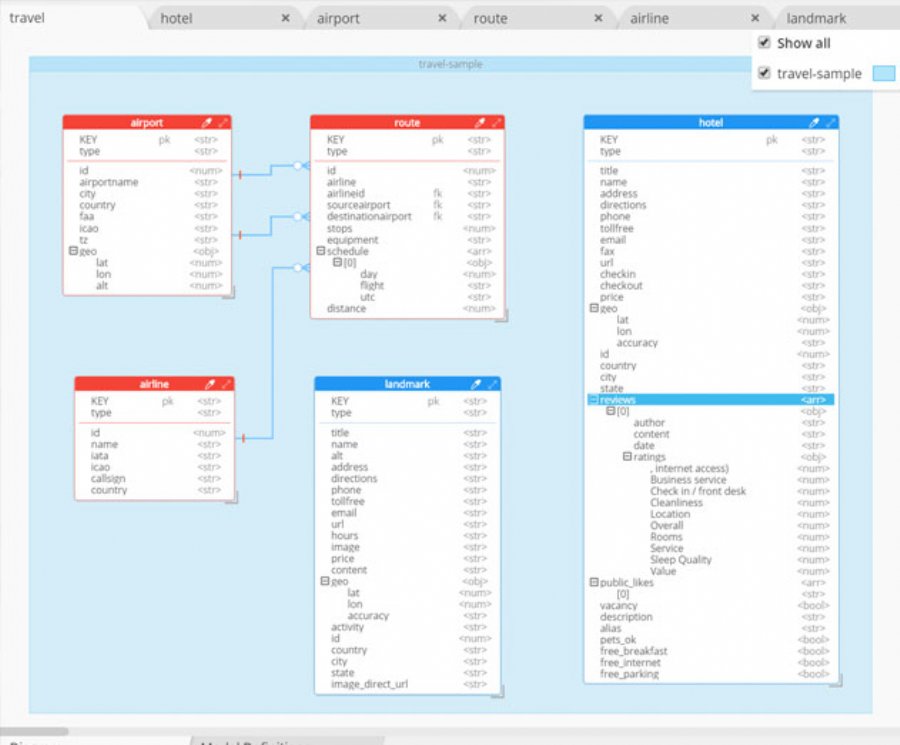 Hackolade has introduced the first data modeling software tool for the Couchbase NoSQL database community. This software is compatible with Couchbase versions 4.0 through the latest 4.6 release. Standard features of Hackolade, already popular with NoSQL database users, have been adapted to support the specifications of Couchbase.

Users for the new release of Hackolade vary depending on the size of the development project, but it’s typically best suited for larger organizations with IT architecture and data governance departments engaged with complex projects and applications. The tool is designed for functional analysts, designers, architects, and database administrators (DBAs). Typically, only developers are comfortable looking at application code to figure out how data storage is organized, but other project stakeholders also need to understand the underlying data structure, which is now possible with Hackolade.

“Over the years, early adopters of NoSQL and Couchbase frequently asked us about data modeling tools to help in the transition from relational technologies,” said Dipti Borkar, VP of Product Marketing, Couchbase. “Now that NoSQL and Couchbase are becoming widely adopted across enterprises, tools like Hackolade will help make that transition even easier.”

A data model created by using Hackolade is the visual blueprint for an application. The output of Hackolade is the equivalent of the CAD printout produced by an architect before building or renovating a house. The blueprint enables a discussion with the client about how rooms in the house will be laid out.  It also allows the architect to discuss the plan with the building contractor. And it is the reference document for the bricklayer. Without their solution, it's as if the architect would only have words to describe the house design to the customer and to the bricklayer, which is obviously not productive, not collaborative, and quite risky. Their new software tool solves all these problems for NoSQL applications.

“Hackolade’s new version for Couchbase solves one of the biggest challenges when adopting NoSQL technology: harnessing the power and flexibility of dynamic schemas without falling in the traps that a lack of design structure can create for teams,” said Pascal Desmarets, CEO, Hackolade. “It eases the on-boarding of NoSQL Couchbase databases and legitimizes their adoption in the enterprise roadmap. This means that Couchbase can become mainstream and fit right into the data governance and IT architecture of every company.”