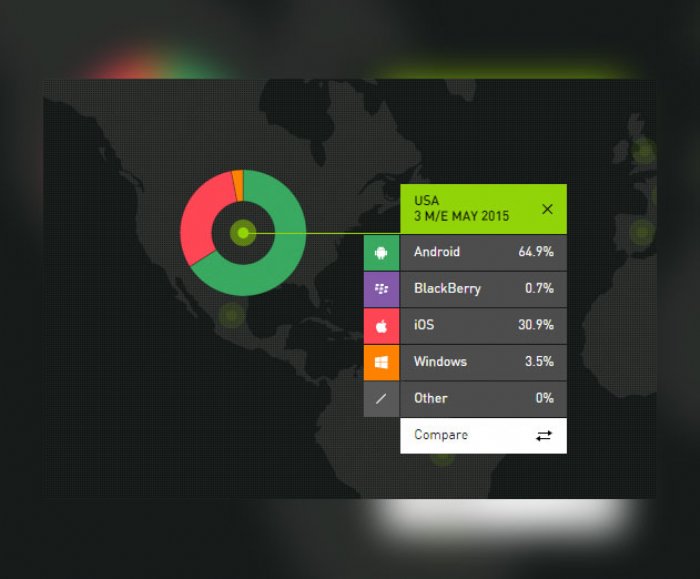 
5,863
Samsung’s first month of Galaxy S6 sales has helped Android reclaim market share in the US, where it has increased by 2.8 percentage points to 64.9% for the three months ending in May 2015, according to the latest smartphone sales data from Kantar Worldpanel ComTech.
That improvement has not been matched in Europe’s “big five” mobile markets (Great Britain, Germany, France, Italy and Spain), where market share of devices based on the Android OS dropped 2.9 percentage points when compared to the same three-month period in 2014.
Samsung regained the market lead in the US and grew its share of Android sales from 52% in the three months ending in April to 55% for the three months ending in May. The majority of Samsung Galaxy S6 sales came from consumers replacing an older smartphone at 94.4%, versus 5.6% of first time smartphone buyers.
When it came to device specifications that made an impact on the buy decision, 49% of Galaxy S6 buyers cited the quality of the camera, 48.9% were motivated by the clarity and resolution of the screen, and 45.9% found the large screen size decisively convincing.
In the US, the momentum of iOS slowed as share declined, both period-over-period and year-over-year. “Sales of Android-based smartphones were fueled not only by Samsung, but also by LG, which was able to nearly double its share of the US smartphone market year-over-year,” said Carolina Milanesi, chief of research at Kantar Worldpanel ComTech. “Other tier-one Android players, such as HTC and Motorola, had a more difficult period, with their share decreasing both year-over-year and period-over-period, raising hopes for competitors – such as Huawei and Sony, who have yet to wow US consumers – that share could be up for grabs.”