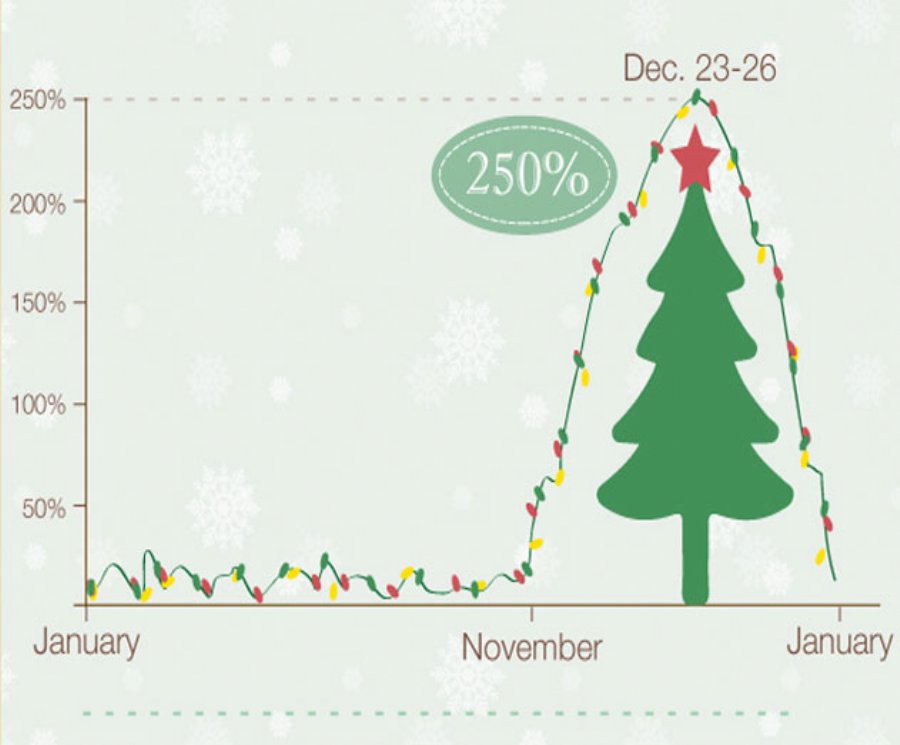 
25,084
It's no secret that mobile gets a lot of attention around the holidays. From apps to devices everyone is either using their mobile, or buying something mobile. Revmob has released some data to show us all just how large the swing is, based on analytics they have collected from their network over the past 3 years.
Overall they report that app downloads increase 250% between November and January, and eCPM's increase across the board for all in-app advertising. Casual games see the biggest increase of over 16%, then music and audio apps, tool apps, and sports apps. Conversions and CTR also increases heavily.
What this report tells us is that people are responding to advertising inside apps much better around the holidays when compared to other times throughout the year. I can testify that the apps I monetize with using mobile ads see a nice increase in revenue during the times points out. But what isn't mentioned is the amount of money being spent by advertisers to push those numbers to such high levels, and the effort advertisers put into converting their creatives into installs.
It all works together, advertisers spend more money for installs thus get pushed harder by mobile ad networks, they see more installs, and developers see more revenue. There are other holidays and events throughout the year that these swells occur - but none greater than between November and January.