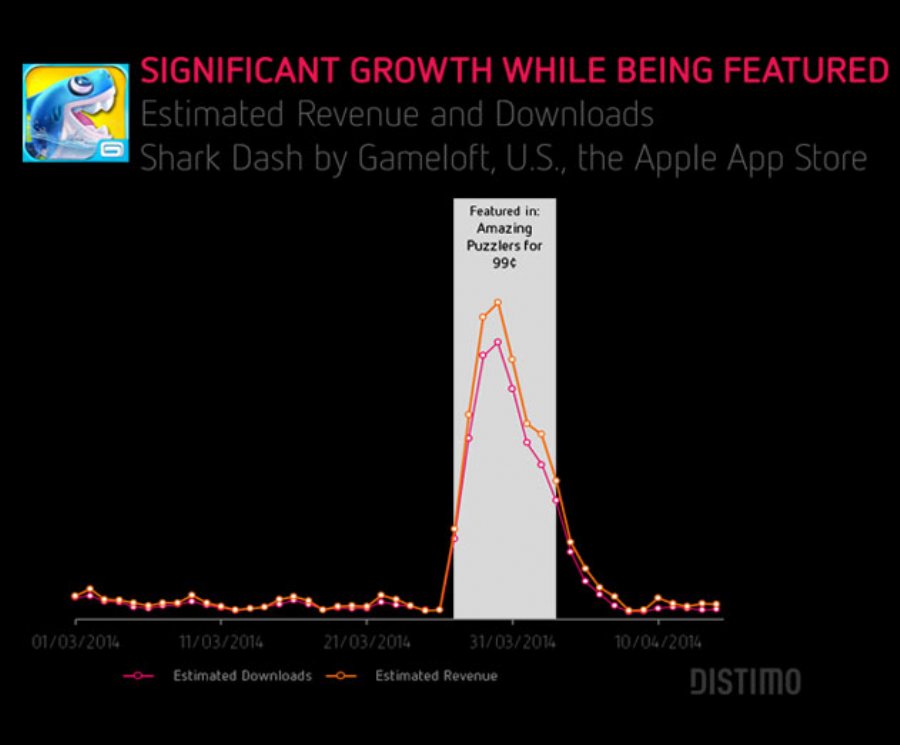 Report: The Impact of Getting Featured In An App Store


1,700
What is the true impact of being featured in the major app stores? That is exactly what Distimo has studied on and now offering a full report to developers. How to get featured has always been a mystery. In the end it appears it's just a bit of random luck and having something that stands out to a selector scanning through the app stores.
The Distimo  report takes a deeper look into the types of feature categories in the major app stores and the impact they have.
Some of the questions the report answers include:
- What kind of feature categories exist?
- Which kind of apps get featured?
- To what extent is being featured beneficial in terms of downloads and potentially even more significant in terms of revenue?
The report covers data from categories and individual apps, mainly in the Apple App Store. All data reported in this publication is extracted directly from Distimo’s AppIQ market intelligence platform.
For example, the report examines how, out of all new feature categories in March, ‘Backyard Battles’ in the U.S. is interesting because download volumes of apps listed in this category were already relatively high and due to the featured period where average downloads went up by over 300 percent.
The report also a show that the effect on revenue of being featured is somewhat smaller when compared to the effect on downloads.
In addition to a number of graph and illustrations, the full publication covers many download and revenue trend lines for individual apps that benefit from being featured including: Superbrothers: Sword & Sworcery EP by Capybara Games Inc., Smash Bandits Racing by Hutch Games Ltd. Nick by Nickelodeon and many more.