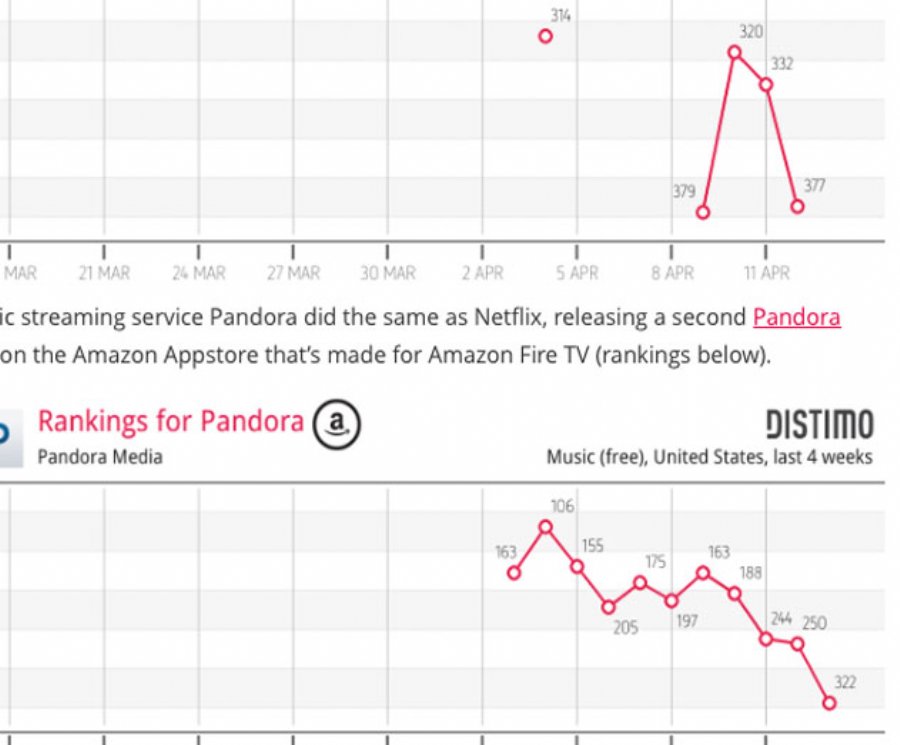 Report: Amazon Fire TV Might Be Where You Should Put Your Next App


2,625
The TV streaming player market heated up a bit with the launch of the new Amazon Fire TV recently and some developers with Amazon Fire compatible (l dedicated) apps already in the market benefited from the launch because their apps were first out of the gate. In a new report from Distimo who was recording the stats of the launch using App Trends, showed Entertainment apps (of course) are leading the way on the new platform, along with games, and fitness apps.
There is alot to say about what Amazon has done with their new Fire Tv platform. Having Amazon payment profiles already setup once a user is signed in, along with multi-player support (up to 7), Android compatibility, two screened apps and more really make this platform a potential target for Android developers to port over to.
Here are the Distimo findings