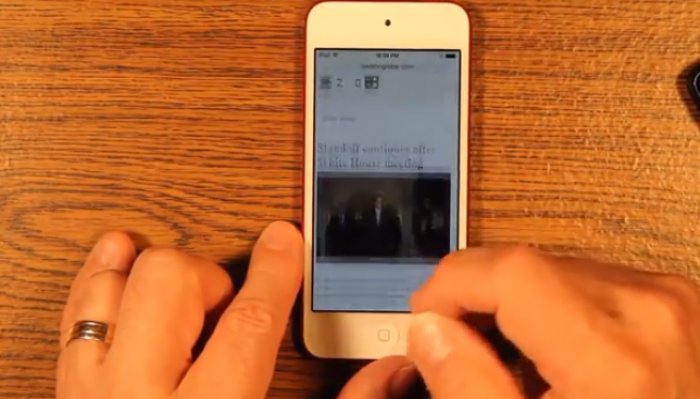 Burlington, MA, November 12, 2013 – Alpha Software Corporation today announced the latest version of its Alpha Anywhere coding-optional development environment, which makes it much easier to build responsive HTML5 applications once, and deploy them on any device with a native-like experience. The company also unveiled a new website focused on advancing the concept of Responsive App Design and helping developers build business applications that are required to run on a wide variety of platforms.

Alpha Anywhere lets developers build HTML5 applications that utilize a single code base to power optimized experiences on any mobile device, laptop or desktop. The latest release includes the new Responsive Layout Genie that assures HTML5 applications are responsive to the environment in which they are running. With the Responsive Layout Genie, developers use a wizard-like interface to quickly and simply specify a list of rules and associated actions for setting the attributes of the various user interface controls.

"Responsive App Design allows HTML5 to deliver on one of its major promises – the ability to easily build an application once and then deploy it on multiple devices, with native-like appearance and performance, ensuring that the application takes full advantage of a device's display real estate," said Bricklin. "This new resource website combined with the latest release of Alpha Anywhere demonstrates our commitment to empowering developers to utilize a single code base to create applications that look, act and feel the way users expect them to, whether running on a smartphone, tablet, desktop or laptop."

Another key, new Alpha Anywhere feature is the Absolute Layout Container, which uses a simple drag-and-drop interface to let developers reproduce paper forms on the screen.

Alpha Anywhere developers have high praise for the new capabilities.

Tom Ritter, IT Director at Newark Recycled Paperboard Solutions, currently has a team using Alpha Anywhere to build applications for new Intermec scanners the company is using for inventory control and shipping. "I've been impressed by Alpha's flexibility and speed," said Ritter. "Our development team is now mastering mobile development, despite varied levels of expertise. While the interface speeds learning and development, it allows our team to easily add custom code at any time, allowing us to extend the applications as needed."

Mark Simmons, Managing Partner at OERCA, is using Alpha Anywhere to power OERCA's innovative aquarium and zoological management platform. Key advantages of the software cited by Simmons are its speed of development and flexibility, which allows apps to be built with minimal coding while also letting developers write custom code if necessary. "Alpha allows for amazing development of comprehensive programs. It's incredible how quickly you can roll out a program. Because of Alpha's rapid development, we are able to compete against multi-million dollar companies and enhance our product faster than they can."