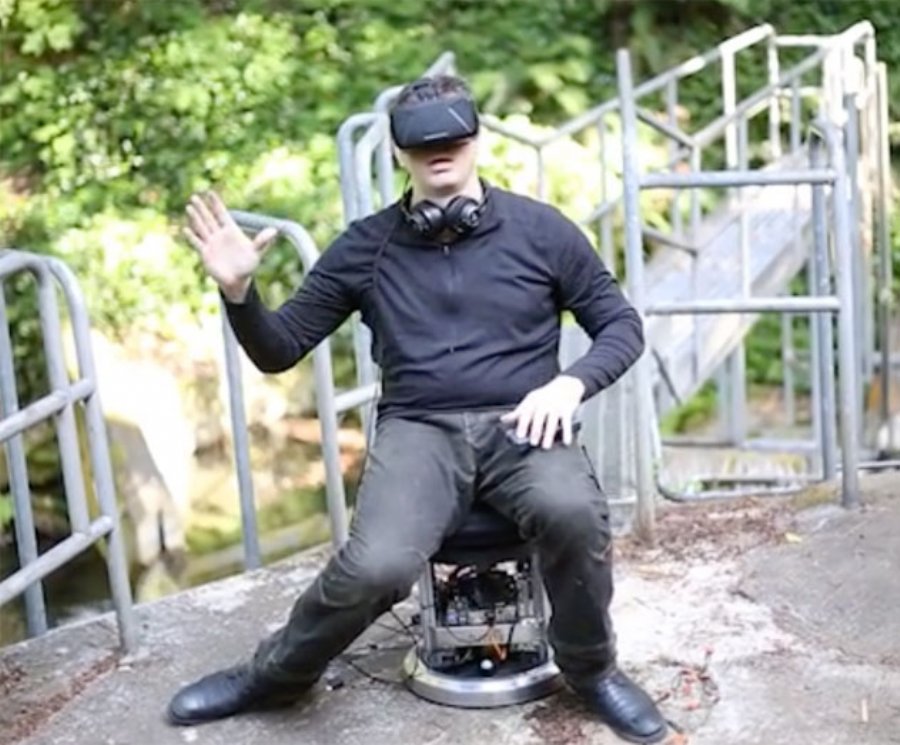 
9,103
Praevidi has launched a Kickstarter campaign for its new Turris rotating seat which integrates a PC built with orientation and pivot movement sensors plus rotational power and data connections.
Unlike traditional chairs, users sit in a straddled position to retain balance and freely rotate. A fully configured Turris offers infinite rotation and zero tangle delivering hands free movement control and VR system integration.
The Turris uses orientation and movement sensors ready for immersive VR. Users can control movement and direction in 360 degree VR games with independent movement, aim, and head tracking. The Turris is ready for handheld Valve/Oculus/Sixense controllers, offering a hands free and unobstructed to interact above, behind, or in front of virtual worlds.
The Turris includes a full microATX PC chassis, rotational-orientation and dpad sensors, and rotational power and data cables making it possible to build a complete, stand-alone VR system contained within the chair.
From the Turris team, “VR splits your consciousness - one inside VR facing complex challenges and one outside needing to stay safe and avoid motion sickness. Discontinuities between what you see in VR and experience in the real world, including visual artifacts, body motion and head motion all contribute to "simulation sickness" in VR. The Turris aligns core body movement and orientation in the real and virtual worlds diminishing these discontinuities. It also provides free movement through zero obstruction seating and tangle free use of a VR display. Movement is incredibly intuitive and hands free - everyone is able to learn and enjoy movement control with the Turris. Hands are free for motion control input with the Sixense STEM or upcoming Oculus RIFT and HTC VIVE controllers.”
The Turris is available on Kickstarter as a kit at $475 and fully configured at $650.