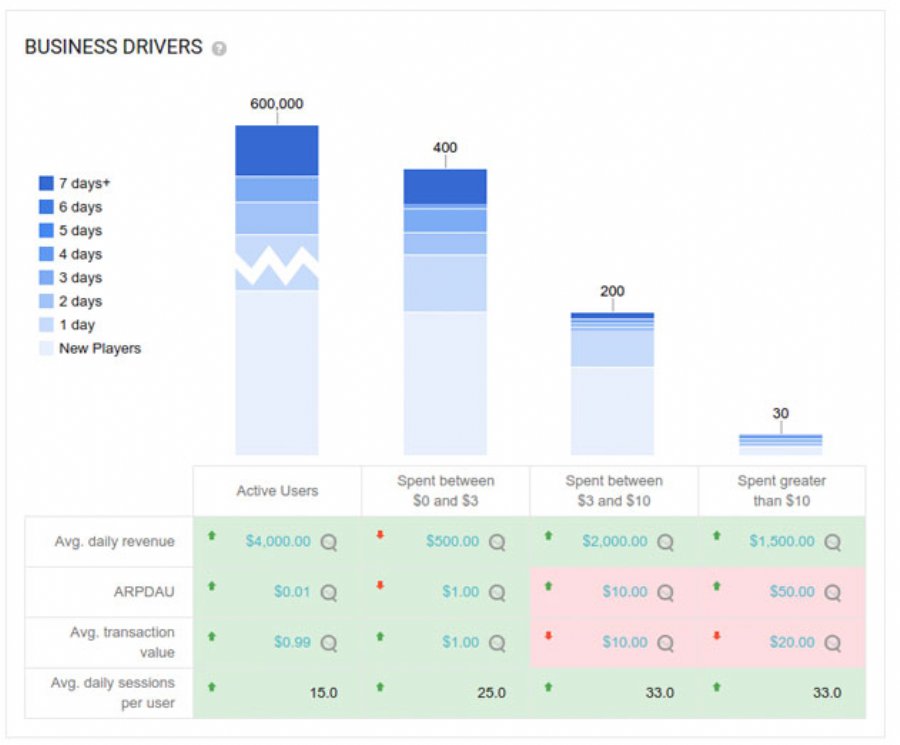 
48,833
At the Game Developers Conference (GDC), Google announced its new Play Games Player Analytics service, a set of free reports to help developers manage their games business and understand in-game player behavior. Now the service has officially been released and is available through the Google Play Developer Console.
Developers whose game is integrated with Google Play game services can access the analytics services with no further work. Additional integration is needed to access reports from Google Play game services Events, including the Sources and Sinks report.
Benefits of using Google Play Games Player Analytics include:
- Select a daily in-app purchase revenue target and then assess how you're doing against that goal through the Target vs Actual report.
- Learn how well you are doing compared to similar games in your category with the Business Drivers report.
- In the Retention report, see the percentage of players that continued to play your game on the following seven days after installing your game.
- See where players are spending their time, struggling, and churning with the Player Progression report
- The Sources and Sinks report helps you balance your in-game economy by showing the relationship between how quickly players are earning or buying and using resources.