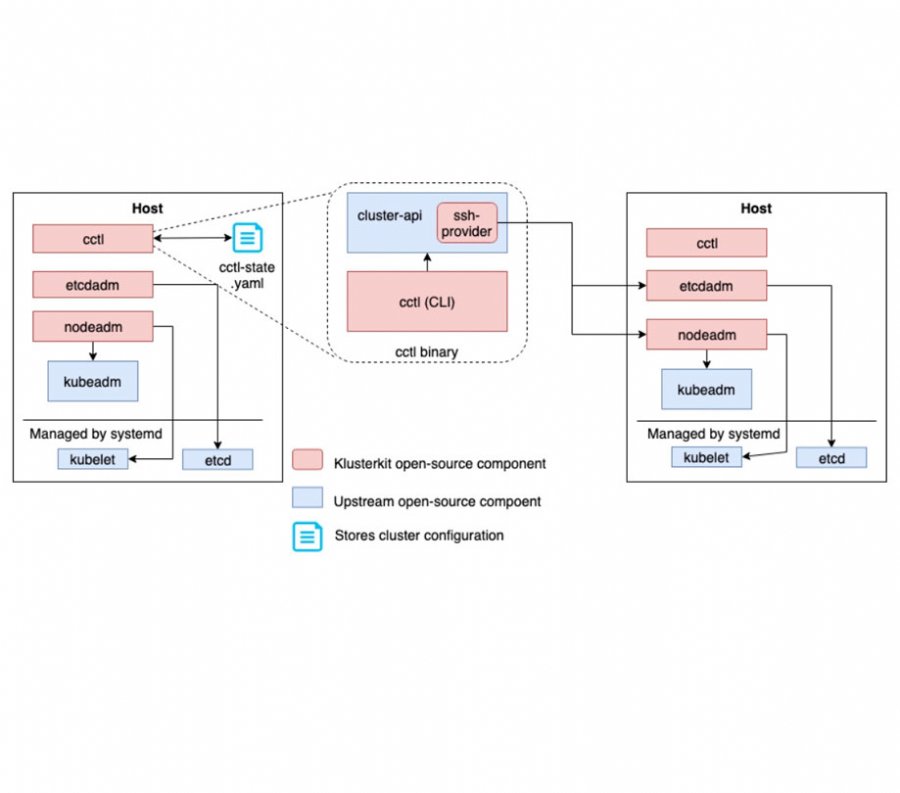 Platform9 just filled a gap in the Kubernetes community

Platform9 introduced Klusterkit – a set of three open source tools that can be used independently or in tandem to simplify the creation and management of highly-available, multi-master, production-grade Kubernetes clusters on-premises.

Each of the three tools comprising Klusterkit fills a gap in the Kubernetes community toolchain, and can be used independently or in tandem:

nodeadm – is a command-line interface node administration tool to complement kubeadm by deploying the dependencies that kubeadm requires, such as the kubelet binary. nodeadm makes it simple to deploy a Kubernetes control plane or nodes on any machine running Linux.

The combination of these three tools enables the deployment and operation of a highly-available etcd cluster and Kubernetes control plane in air-gapped, on-premise environments. Klusterkit also allows recovering a completely failed cluster control plane from an etcd snapshot. Additionally, it packages all the artifacts required to deploy Kubernetes in an air-gapped environment allowing teams to operate Kubernetes clusters where remote, cloud-managed clusters are not feasible.

“Klusterkit presents a powerful, yet easy-to-use Kubernetes toolset that complements community efforts like Cluster API and kubeadm to allow enterprises a path to modernize applications to use Kubernetes, and run them anywhere -- even in on-premise, air-gapped environments,” said Arun Sriraman, Kubernetes Technical Lead Manager at Platform9. Some of our customers have been using Klusterkit at scale for the past year, to power dozens of mission-critical Kubernetes applications that operate in highly secured, isolated, air-gapped environments. It has allowed them to standardize their cloud-native efforts on open source, while simplifying support for Day-2 operations, at scale, across a complex matrix of deployment targets.”

“Platform9 is committed to the open-source Kubernetes cluster lifecycle tools. Etcdadm began its life as part of Klusterkit and ended up a community project. We are proud to open source the rest of Klusterkit and will continue to enhance it for Kubernetes users everywhere,” said Daniel Lipovetsky, Kubernetes Technical Lead at Platform9.