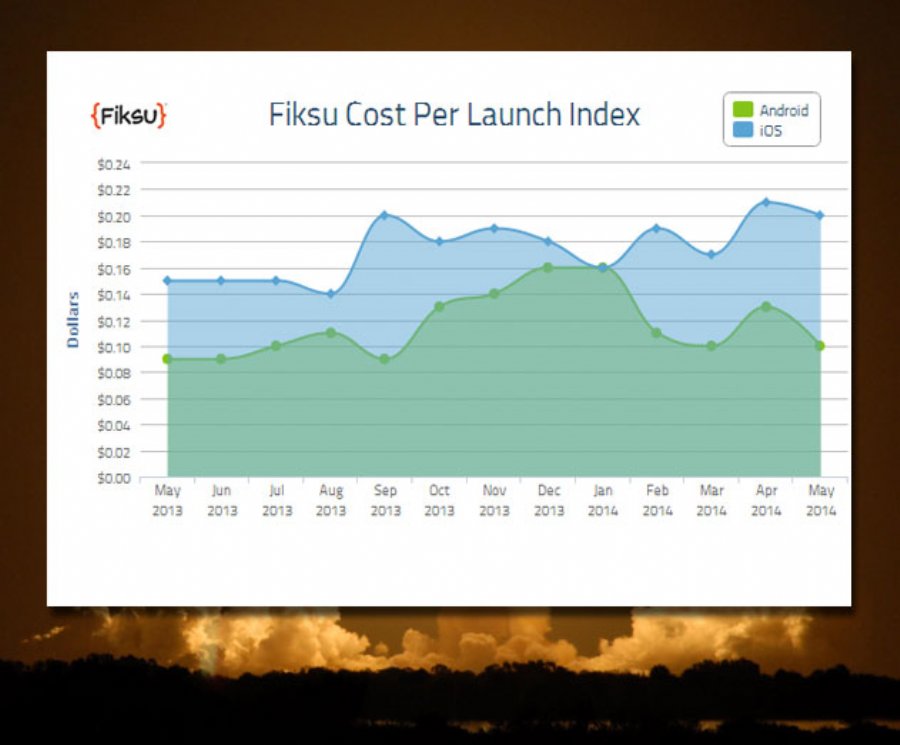 On Average It Costs About $1.25 Per App Install To Acquire Users (CPI)


3,210
Consumers need for apps shows little sign of abating, mirroring publishers desire to reach and convert new app users.
This increase in marketing costs are demonstrated in Fisku’s App Store Competitive Index for May, which measures the aggregate daily download volume among the top 200 ranked apps. The report shows that download volume grew by 24 percent to 6.6 million, compared to April's 5.34 million. Meanwhile Fiksu's Cost per Loyal User Index rose 17 percent to $1.78 in May and 34 percent year-over-year.
Other results from the Fisku Indexes show a decline in the Cost per Launch (CPL), with Android CPL falling 20 percent to $0.10, and iOS CPL decreasing five percent, to $0.20. Fisku indicates that this is a result in an increase in "super users" or those who launch an app dozens of times in a day; this increases total launches, without additional user acquisition spending, keeping overall CPL down.
Fisku also believes this engagement pattern can create more of a challenge for marketers looking to gain mindshare with users and convert them to loyal fans - which also likely fueled the rise in the cost per loyal user. Fisku’s Cost Per Install (CPI) Index remained steady, at $1.31 for Android and a three percent increase for iOS to $1.28.