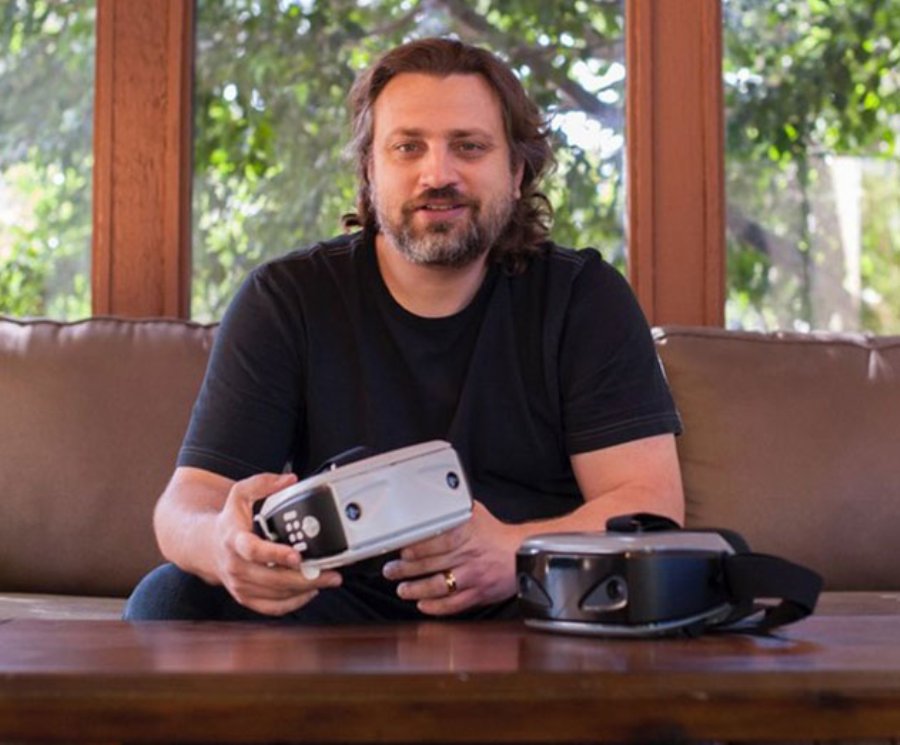 Okularion: The first VR and AR headset in one


16,783
HKLA Studio has released Okularion, the first standalone wireless mixed reality (virtual reality and augmented reality) headset on the market. The headset is available through a Kickstarter campaign for a special early bird pricing of $200 and will retail under $300, including two controllers. Okularion is designed to allow the user the freedom to experience AR and VR without any limits. The headset is available in standard and pro versions.

The Okularion does not require the use of a phone or a computer. There are no wires, so users can move freely, and there is no setup required. Okularion has all the latest technology components included such as a stereoscopic display with multiple adjustments, gesture recognition, and an AR camera to capture and track the real world.

John Wiacek demonstrating Okularion, the mixed reality (AR and VR) wireless standalone headset available now on Kickstarter. Okularion's goal is to make virtual reality and augmented reality accessible for everyone by aiming to be the best and most affordable mixed reality headset on the market. With Okularion you don't need expensive hardware and a dedicated space to use it.

One way that Okularion is differentiating itself from the competition is by addressing the need for affordable AR/VR hardware solution for anyone wanting to learn AR/VR development. John Wiacek the CEO said, "Our key goal is to make learning AR/VR development accessible to everybody, and that means you don't need $2000 worth of hardware and a dedicated space to use it."

The Okularion software development platform will provide support for developers using Unity and Android development environments, giving users an awesome selection of apps. The platform will support the stereoscopic display, IMU tracking, IMU controller, and all needed hardware in the headset. The company is also working with developers to create applications and games to be available when the headset is released.

Every Okularion will include a license for their SDK and Unity plugin, allowing rapid app development, as well as tutorials and sample projects to get developers up to speed quickly. Okularion will ship to Kickstarter backers at the beginning of April 2017.