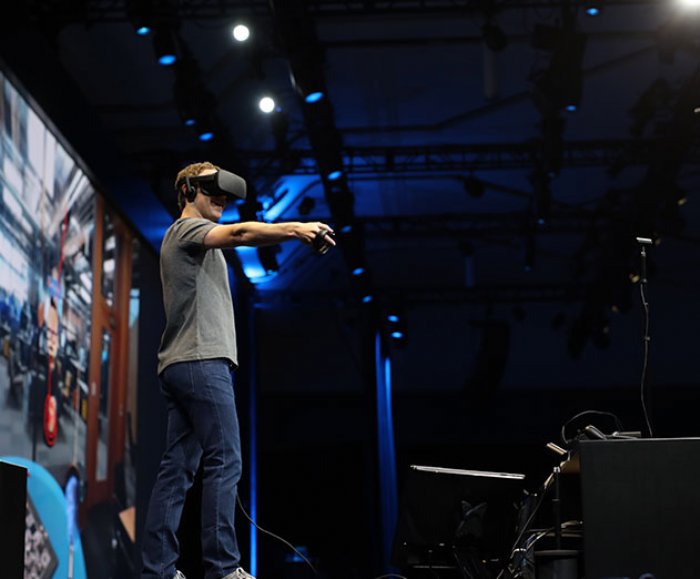 
3,943
A quick recap of the news Oculus announced during this morning’s keynote at Oculus Connect 3.

- Touch Launch: You can pre-order Touch starting October 10 for $199 and it ships December 6. All pre-orders come bundled with VR Sports Challenge and The Unspoken. Touch comes with an additional sensor and a connector for Rock Band VR. Oculus has also created a room-scale option with Touch, using a third sensor for those with enough space. Extra sensors will be available for purchase for $79 on Oculus.com at Touch launch.

+ Arktika.1 from 4A Games — Battle for survival in this shooter set in a frozen dystopian future.

+ Robo Recall from Epic Games — Take down waves of robots gone rogue in this FPS with creative combat tactics.

- Oculus Earphones: Oculus is now offering Oculus Earphones for Rift with solid bass response while maintaining excellent mid/high levels for a well-balanced sound signature. They also include passive noise isolation to help block out distractions from the outside world. They’ll be available for pre-order October 10 on Oculus.com, cost $49, and start shipping December 6.

- Oculus Avatars: Introducing Oculus Avatars, a feature that lets you customize your VR identity for more memorable interactions. With more than one billion permutations available—from unique textures to clothing, accessories, and more—you can build something that truly represents your own style. Avatars will be available for Rift at Touch launch and for mobile in early 2017.

- Oculus Parties and Rooms: Today, we announced Oculus Parties, which lets you start a voice call with up to eight people from anywhere in VR. We also announced Oculus Rooms, where you can instantly meet up with your friends in VR to hang out, watch movies, or launch into a new game. Both Parties and Rooms will ship for Gear VR in the coming weeks.

- Asynchronous Spacewarp: With ASW, we’re introducing a minimum spec that brings VR to an even bigger audience. With lower CPU and GPU requirements, people can get into VR at a lower cost with a wider range of hardware. And with this new min spec, we’re able to introduce an AMD-based machine from Cyberpower that can run Rift for $499.

- Oculus Ready Laptops: The Oculus Ready family of PCs has grown to include laptops from ASUS, Gigabyte, Lenovo, and AORUS--all powered by NVIDIA.

- Investing in the VR ecosystem: We’re also massively increasing our investment  in VR content with $250M invested already and $250M more to come. Additionally, Oculus NextGen will bring Unity workshops and equipment from Samsung, AMD, and Oculus to top universities so they can launch their own content creation programs. We’re also committing $10 million to fund new diversity programs and continue our investment in programs like Launch Pad, VR for Good, Amplified New Voices, and new programs like the Diverse Filmmakers Project, that launches today. This new program will fund and support women and people from underrepresented groups to help accelerate production of their VR films -- from 360 documentaries to interactive experiences made for Touch.