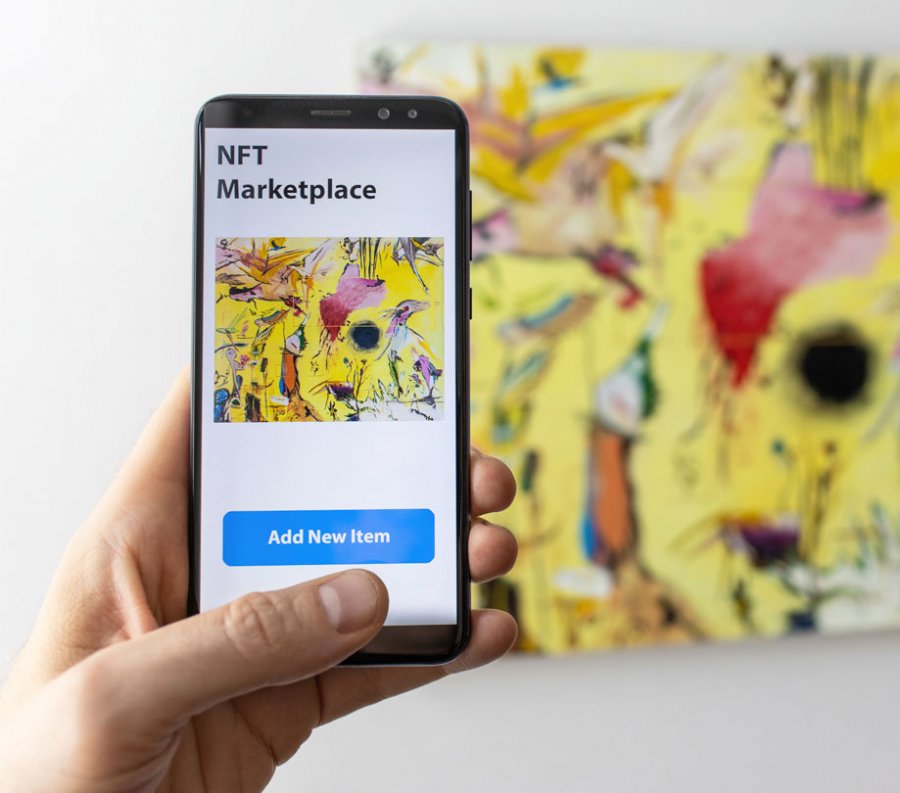 An NFT marketplace launches from RMDS Lab for science and technology, which will speed up the world's science & technology innovation and help NFT businesses to sustain and expand because current marketplaces do not have a separation from art and actual utility filled projects.

NFTs have taken the world by storm over the past two years. The word NFT was even selected as Collins Dictionary's word of the year in 2021; however, when we think of NFTs today, we mostly think about digital art, such as collections like Bored Ape Yacht Club and Crypto Punks. These collections' rapid growth was due mainly to their ability to capitalize on digital content and digital assets of various kinds. According to Binance, NFT trading increased a whopping 42,988% between 2020 and 2021; however, as speculation and status are driving the art NFT market today, an NFT bubble may burst at some point as anticipated by many analysts due to the lack of utility behind most projects in the space today.

Most NFTs that are being traded on NFT Marketplaces, such as OpenSea, are primarily art IPs, but there is currently a lack of science and technology IPs. Some science and technology IPs that we have seen have been the works of Nobel prize-winning research and augmented-reality images of space; however, these important pieces of research and advancements have been drowned out by current marketplaces as they are becoming overshadowed by other projects in the arts.

NFT marketplace launches from RMDS Lab for science and technology

In response to an overwhelming demand for NFT minting and listing by the science communities worldwide, plus the demand for the NFT business to go beyond its current art application, and especially by thousands of members and associated experts, RMDS Lab, a well-known data & AI ecosystem service provider, declared today that it has officially launched the world's first NFT marketplace solely for science and technology at www.rmdsNFT.com.

As the world's first science & technology NFT marketplace, RMDS solely focuses on connecting scientists with investors and linking science & technology IPs with related collectors, investors, and science lovers. RMDS will significantly promote the applications of science & technology IPs to speed up the world's science & technology innovation, as well as to help NFT businesses to sustain and expand because current marketplaces do not have a separation from art and actual utility filled projects. According to a Business Insider report, NFTs ballooned to a $41 billion market in 2021 and are catching up to the total size of the global fine art market. "The NFT market solely based on art may face some bubble risks, but this will present a great opportunity for NFT technology to take on other applications like exchanging science IPs, so to fully reap the potential of NFTs, for its faster growth", said RMDS Lab's CEO Alex Liu, a former IBM Chief Data Scientist. RMDS's science & tech NFT marketplace, as the first in the world, will also provide new fundraising channels for science & tech projects, will speed up technology transfers, and benefit scientists and the public worldwide with Web 3.0 technology.

Building a special NFT marketplace for science and technology is in demand with tremendous interest and support flocking in. To build this first and also the largest NFT marketplace for science and technology, RMDS Lab takes a multi-chain approach for optimal speed, reasonable gas fee, and ecology-friendly services. The current NFT marketplace at rmdsNFT.com is built on the Ethereum chain and functions well. RMDS Lab has received great support from the NEAR foundation for building on the Near Protocol chain as well as support from the Ava Labs for building on the Avalanche chain. RMDS Lab Marketplace development has also been advised by many known experts and blockchain leaders, like a research group led by professor Bamakan who published the first patent IP NFT research paper on NATURE; Vincent Lau, former managing director of the Huobi Global Exchange, one of the top 10 cryptocurrency exchanges; and a leading Chicago IP law firm's partner Cameron Pick.

RMDS Lab was developed from a known data science community as founded in 2009 by IBM's Chief Data Scientist, Dr. Alex Liu, promoting scientific innovation via data and AI, as well as science IP exchange at its GRMDS.org platform for ecosystem approaches of data science. RMDS's newly developed NFT marketplace sites are on top of its data & AI ecosystem platform that makes it ready to serve RMDS's over 40,000 members, as well as more than 370 IPs uploaded into the platform. Many science groups, such as the Leaders in Pharmaceutical Business Intelligence (LPBI) Group, and many scientists, such as that from NASA JPL, are preparing to join the effort to mint and list NFTs at this world's first NFT marketplace specially built for science and technology.