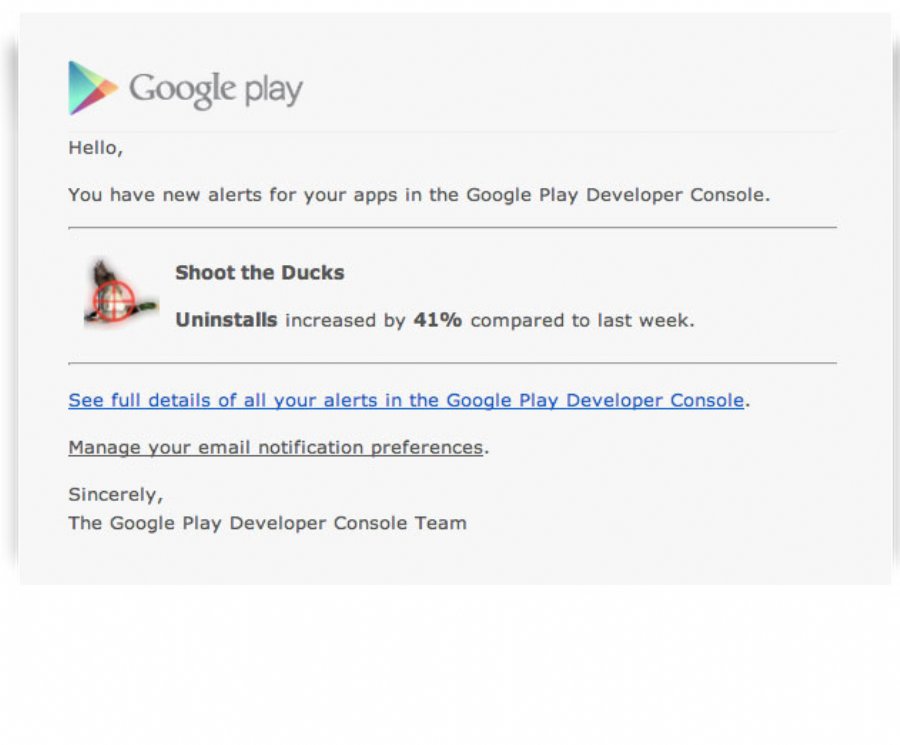 
2,515
One of the new services announced at Google I/O was the Google Play Developer Publishing API to help scale release operations. The new API will let developers upload APKs, manage in-app products and localized store listings. There will also be the ability to integrate publishing operations with release processes and toolchain through a RESTful API. This the Google Play Developer Publishing API is currently in closed beta.
The Google Play Developer Console now offers more actionable insights into an app’s performance by sending email notifications for alerts and providing optimization tips. Google is also offering new revenue metrics including the number of buyers and average revenue per paying user. Developers will also be able to export user reviews for further analysis.
With AdWords Google is offering a new Installed App Category Targeting, a way to promote apps to new users. It helps reach potential customers across the AdMob network who have already installed apps from related categories on Google Play and other app stores.
Also, through Google mobile display and search ads deep linking, developers can re-engage users who have already installed an Android app by taking them directly to specific pages in the app. This deep-linking is also available through search for all apps that implement app indexing. The new App Indexing API is now open to all Android developers globally.
There is a new Game Profile that is automatically customized based on game play and achievements earned in those games. Also new is Saved Games, where users can save up to 3 “bookmarks” of their progress in the Play Games app, complete with images and descriptions. A new service called Quests allows developers to run online, time-based goals in game; for example, players can collect a bunch of in-game items on a specific day, and the quests services coordinates with the game to know who completed the goal. These APIs run events for players, and reward them, without the need to update a game.
Also new is the ability for users who have set up Direct Carrier Billing on their smartphone to make purchases on Google Play from their tablet, charging to the same mobile phone bill.