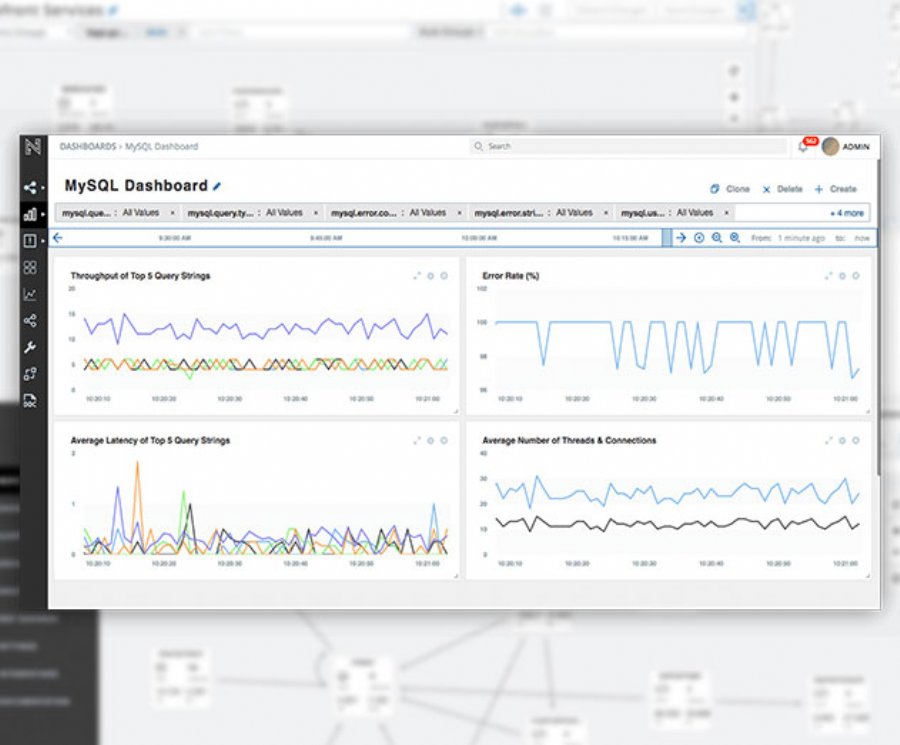 Netsil has launched from stealth by unveiling the Netsil Application Operations Center (AOC), a universal observability and monitoring platform for modern cloud applications. With the AOC, Netsil enables DevOps teams to gain complete visibility into all the services and their dependencies, with absolutely no code changes required. As a result, DevOps teams are able to reduce downtime, ensure safer deployments and meet their service level objectives (SLOs).

To quote Adrian Cockcroft, an expert on cloud architectures, “flow visualization is a big challenge.” With the shift to Kubernetes and Docker based microservices, the blindness is worsening as more services and interactions become part of applications. The Netsil AOC squarely addresses this blindness problem by delivering auto-discovered, real-time maps capturing all the services and their dependencies.

The Netsil AOC can be thought of as “Google Maps for Cloud Apps”. The AOC generates maps which automatically discover every Docker container, Kubernetes pod, host and service endpoint, along with all the interactions among them. The maps also capture key service health metrics of latency, throughput and error rates for API calls, database queries, DNS lookups and several other service interactions.

Using network as the vantage point, the Netsil AOC can observe and monitor across generations of applications. In particular, Netsil is especially powerful for the Kubernetes and Docker-based microservices applications. For Kubernetes clusters, DevOps teams can visualize their applications at multiple levels by creating maps of hosts, namespaces, services and pods. From the application maps, they can drill down and quickly diagnose a range of complex issues such as service configuration issues (e.g. Kubernetes DNS errors), service reachability issues (e.g. HTTP errors) and service creation problems (e.g. pod scheduling errors). Furthermore, the Netsil AOC delivers all of these features and capabilities with the simplicity of installing just one collector agent per node.

Incumbent APM providers such as AppDynamics and Dynatrace also deliver application maps that capture transactions and service dependencies. In contrast to Netsil’s code-agnostic approach, APM products inflexibly depend on programming languages since they rely on code-instrumentation techniques. With APM, each service written in an unsupported programming language becomes a blind spot for DevOps teams. Moreover, there is a wide range of critical services, such as databases, load balancers, service discovery and DNS, that are impractical to instrument using APM. All such services become blind spots for operations teams. Built for the monolithic Java and .NET era, the APM techniques are a liability for the polyglot, fast changing world of public clouds and containers. Netsil’s auto-discovered maps and deep analytics elegantly address these challenges without relying on code changes or instrumentation.