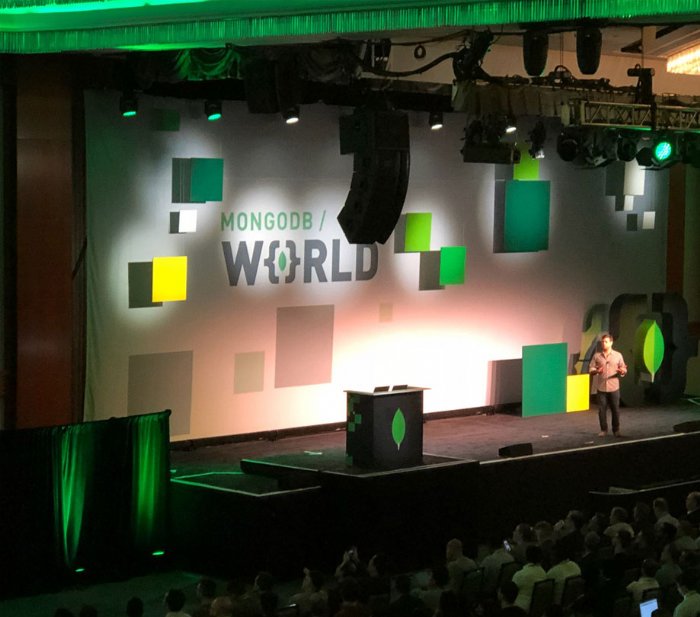 Our latest coverage from New York City at the MongoDB World 2019 conference where all things database, distributed transactions, encryption, and more all being tossed at a massive crowd.

On Day 2 of MongoDB World 2019, the signature keynote kicked off by MongoDB CEO, Dev Ittycheria, giving everyone a year in review of all of the accomplishments the company has achieved since their last World event. In total, there have been over 70 million downloads, which in perspective amounts to 3 downloads per developer throughout the world. In addition, over 14,200 business customers now use MongoDB in some substantial role in their software portfolios. Astonishing numbers for such a young company that MongoDB hopes to compliment with the release of a whole bunch of new features and integrations at this year's keynote presentation.

The overarching theme of this year's presentation has been about the transition of MongoDB from a database company to an all-purpose data platform company.

Full-Text Search: Full-Text Search for MongoDB Atlas has just been released to beta, giving users the ability to utilize MongoDB's direct integration with Apache Lucene in order to implement searching result queries, rather than relying on previous third-party modules. 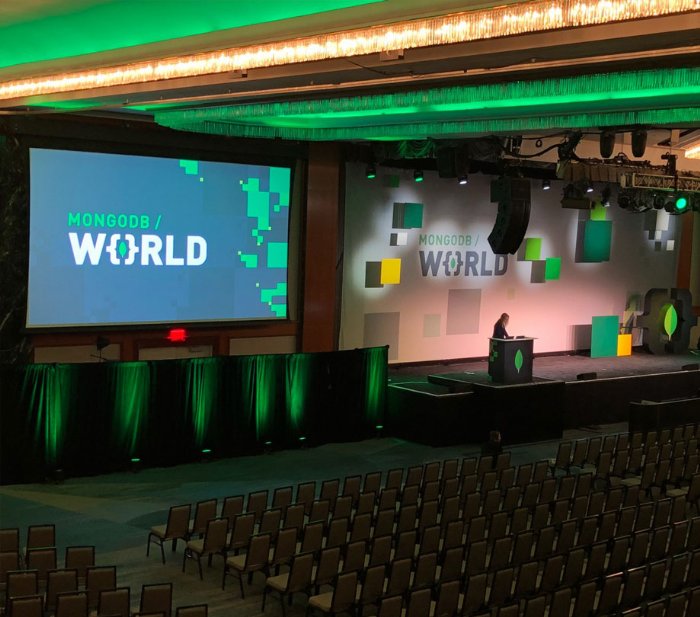 MongoDB Querying Language: New commands used in aggregation have been added to update statements, most notably the $sum command.

Wildcard Indexing: Unpredictable attributes can now be indexed faster and automatically with the use of the wildcard index, which creates an index on all attributes of a document unless explicitly excluded. 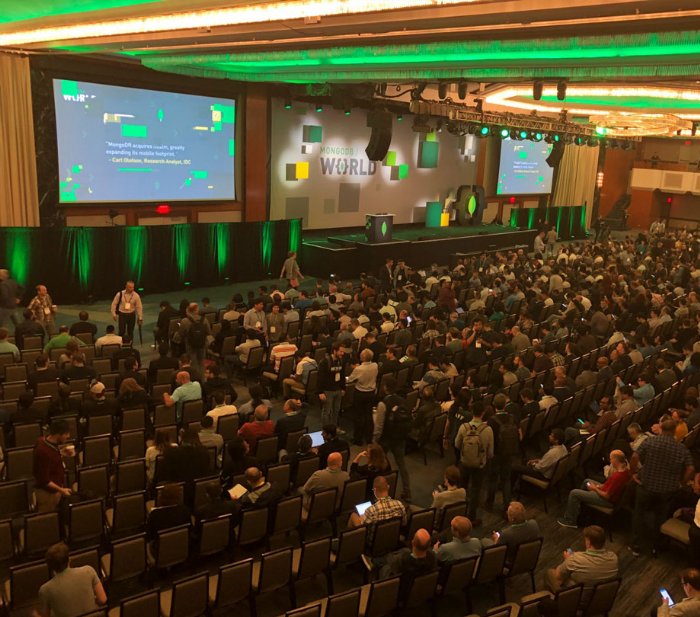 Ops Manager Backups: In MongoDB 4.2, the backup architecture has changed to utilize Wired Tiger snapshots in order to simplify the backup process.

Atlas Auto Scaling: Auto Scaling is new functionality that has been launched for beta on the Atlas cloud. The new tool constantly measures a VM's load and adjusts the VM's computational power and memory allocation allotment in order to better suite the customer's needs and reduce costs.

Field Level Encryption: New functionality in the MongoDB 4.2 Driver allows users to encrypt specific fields in a document in order to secure sensitive data against everyone except the user. All encryption occurs on the client's device and encryption keys are generated by communication between AWS Key Management Service and the client. This ensures that even DBAs cannot see any sensitive data in clear text, while still allowing DBAs and other data analysis to occur.

MongoDB Charts: A new GUI for building charts from databases has been released to GA to allow users to create intuitive charts from data quickly and embed them anywhere on the web in an iframe. Additional security options can be included to ensure only those who were meant to see the chart have access. 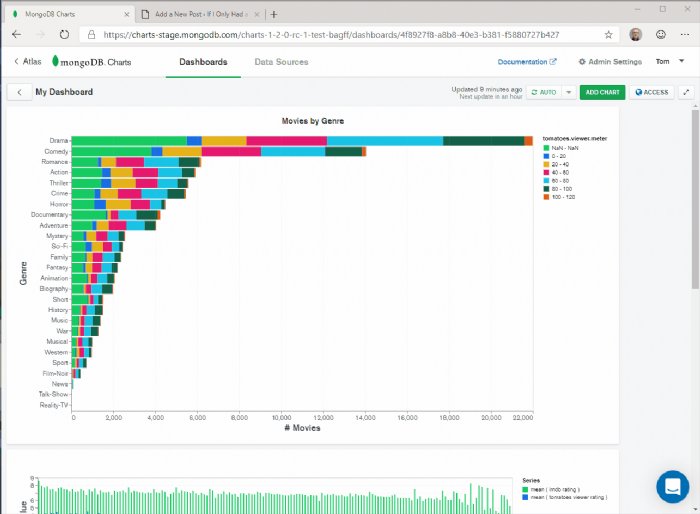 MongoDB Realm Announcement: A new platform that has been announced is MongoDB Realm, combining technologies between MongoDB, Stitch, and Realm, the latest MongoDB acquisition that occurred in May of 2019. More details are to come.