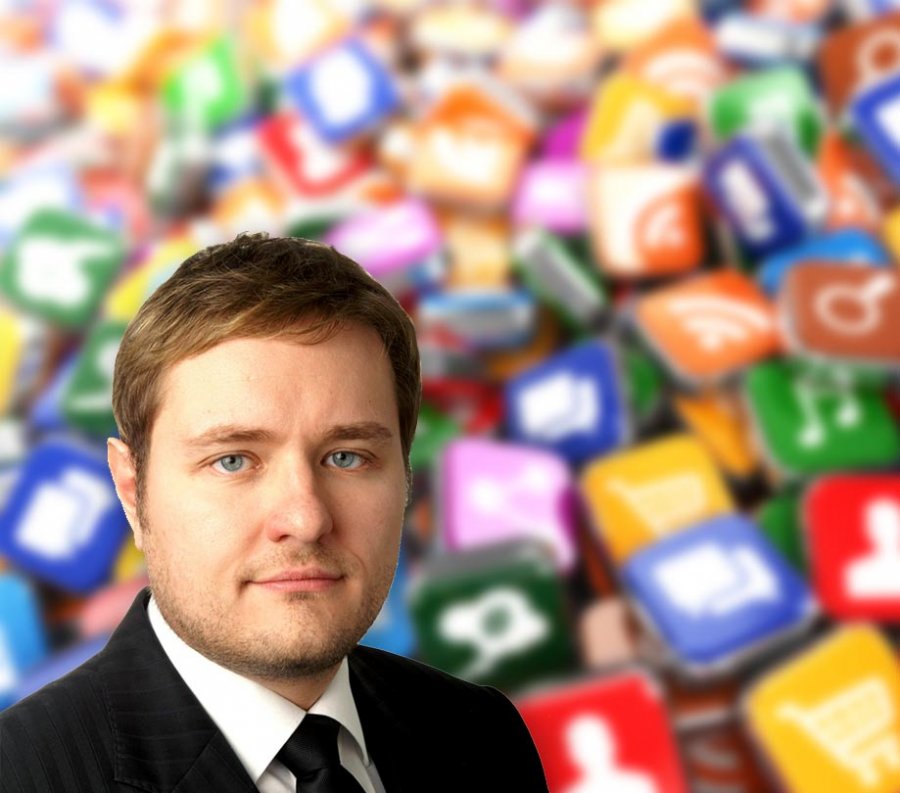 Nearly a decade after the App Economy was declared, has it run its course? Thomas Witt, co-founder and head of Technology at Scrivito, weighs in.

Programming with native mobile languages has been the keystone way of producing a rock-solid mobile app since the beginning of the mobile app stores, and there’s good reason. After-all, programming as close to the hardware layer as possible is usually your safest bet, and using the language the manufacture fully supports will get that job done with less headaches.
But in recent years advancements like serverless computing and the rise of ReactJS, the innovative JavaScript library backed by Facebook, are blurring the lines between native mobile apps, native desktop apps, and web pages. Wweb pages are starting to feel more like native apps on mobile devices and desktop browsers.
Thomas Witt, co-founder and head of Technology at Scrivito, says we’re at the dawn of a web development revolution. We had a chat with Thomas to learn more about the shift towards websites over apps and what this means for developers moving forward. Plus to get some insight into the launch of Scrivito, the industry’s first serverless CMS solution.

ADM: Do you think websites could actually replace apps?

Witt: Yes, we’re already seeing seeing signs of websites giving apps a serious run for their money and expect this trend to continue as it frees up some bandwidth with agencies. Apps won’t disappear – not by a long shot – but there are forces at play impacting decision making around when to build a mobile app versus when to deliver a user experience via a website.

Nine (!) years ago, the App Economy was declared. And in this last decade, app developers have innovated time and again to deliver new ways for consumers to interact via mobile. But we’re on the cusp of another shift - apps are no longer the go-to answer. Native mobile apps are burdensome and expensive to maintain, requiring constant updates across operating systems and devices, not to mention the marketing headache of ensuring they’re found in app stores. Plus, consumers aren’t clamoring for new apps; according to comScore, the majority of users (51%) download zero apps in a month.

ADM: What technology needs to be in place for this shift to happen?

Witt: The first driver is serverless computing, which is considered the next generation of cloud computing. Within the last two years, browsers and devices became powerful enough to render a page completely client-side, setting the stage for serverless CMS tools, and the ability to build powerful apps and websites without a server. Serverless CMS tools eliminate the maintenance headache and solve scaling and availability. Plus, by removing the server, you also remove the attack vector: no more patching because the code runs in the browser and not on your machines.

The second is the rise of ReactJS (also known as React) which is changing the way websites are developed. When you build a site on React, it’s more interactive: app-like without being an app. And it’s fast, since the logic is rendered locally and minimizes the amount of data transferred from external servers.

Plus, we’ve moved beyond simply rendering text heavy, static web pages on mobile. Developments from the likes of Google and Apple are making it possible to build video, chat, push notifications and even augmented reality directly into the browser.

ADM: Are there cases where apps remain the best choice?

For use cases that don’t require as high a level of interaction, e.g. travel guide, product launch-centric promotion, websites built on ReactJS offer everything you need - a fast, interactive experience, at a lower price point, and with much shorter deployment cycles. The same goes for short-lived pages (e.g. movie premiere or event marketing), where consumers are often reluctant to  to download a new app. In these cases, a client-side rendered web page that’s an icon click away on an iOS or Android device is the best option.

ADM: What would compel companies to shift from apps to websites?

Witt: Going with a site over an app means you control your destiny. You’re not at the mercy of the App Store review team for approvals and when you need to make an update, you can do it on your own without having to rely on the App Store team.

Even more importantly, with JavaScript’s cross-platform compatibility and components-based model, you can code once and use everywhere. Let’s say you first build a website and over time you want to create an app; React Native allows you to reuse that code and access native device functionality (e.g. accelerometer) without having to learn a new language.

ADM: What is Scrivito doing to support the web development revolution?

Those who stick with Wordpress and the like are doomed to be overtaken by the inevitable shift to JavaScript development technology. We see the recent launch of our serverless CMS built on ReactJS as a catalyst that will launch agencies and organizations into the future of web development. While serverless means the site runs locally (which is the fastest option), React kicks it up a notch since everything is modular. If you edit a headline, you’re only having to update and refresh a component, not the whole page; so reduced information from modular components translates to an ultra fast (almost like a native app) experience. This allows you to quickly deliver and render secure websites and apps with dynamic front-ends, highly interactive content and sleek UIs - all client-side.

ADM: What are the advantages of these new mobile websites and why could they be better than apps?

Witt: Responsive technology like ReactJS, combined with serverless computing, translates to significant time-to-market advantages and cost savings. You can develop highly interactive websites faster with much less grunt work. Instead of spending time on maintenance and security patching and fixing what’s broken, you’re freed up to create new functionality and put time towards what most energizes you.

Web sites also breathe new life into marketing strategies like real-time personalization, which simply haven’t come to fruition with apps. Unless your product or service lives on an app, like Uber or Yelp, a single app constrains your need to target your multiple, unique market segments.

ADM: Can developers work on both mobile websites and apps?

Witt: Yes, they certainly can, especially when using Tools like ReactJS and React Native. App developers have all the basic knowledge required to create simple pages without needing much else. Of course, it depends on the skills of the developer; so many may be able to do considerably more than just the basics. Taking it a step further are platforms such as Scrivito that take a large portion of the heavy lifting out of the equation by supplying a wide variety of helpers and presets.

Things have started to come full circle. In the very beginning, developers were creating both sites and apps (neither all too well), then it shifted to developing specifically for either mobile or the web, and now it's back to developers being able to do much more than just one or the other.

ADM: In this shifting dev world, what can web developers learn from app developers?

Witt: Web developers can definitely take a page from the app dev playbook to ensure they keep pages brief and not bloat them with unnecessary content.

I also expect we’ll see increased collaboration; web and app developers will start to work together more as the technology starts to allow it. Looking ahead, I’d say that native apps are here to stay for a certain group of developers and applications. But for the rest of us, the JavaScript web development revolution is just coming into view. Take the JAMstack movement, for instance, which offers a new way of building websites and apps that delivers better performance, higher security, lower cost of scaling, and a better developer experience. More and more influencers are starting to embrace the concepts and they will create the tipping point that pushes the masses over into full-on acceptance.