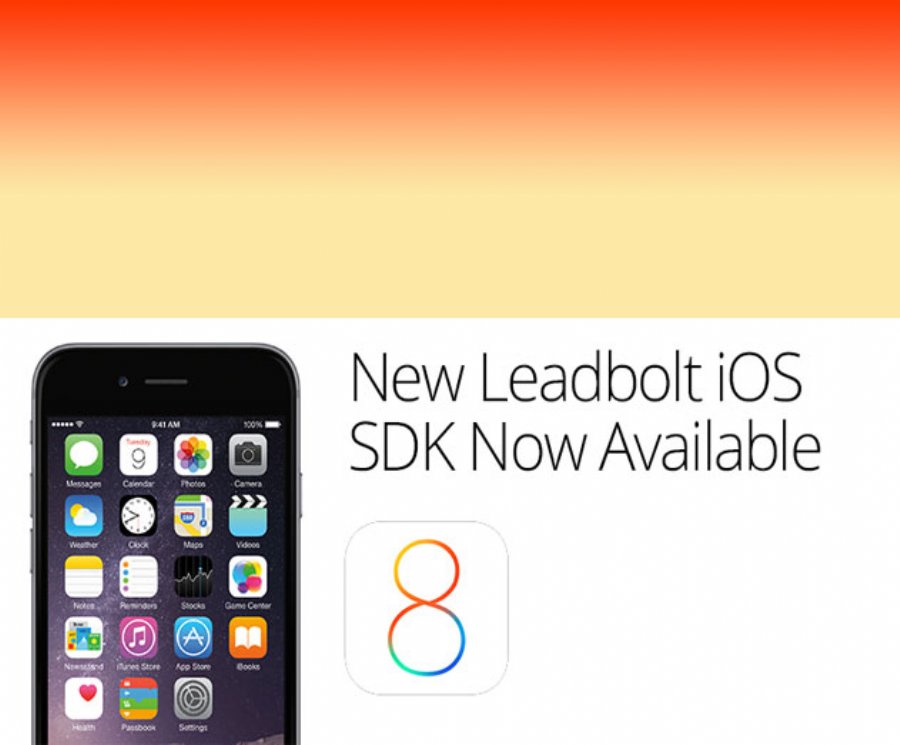 
32,765
The release of iOS 8 with its new features and enhancements brings several new opportunities and some new code level changes for iOS App developers. Leadbolt’s new SDK version 5.0 has been optimized to take advantage of these changes in iOS 8 to help developers maximize their opportunities through the Leadbolt app discovery and monetization platform
When designing apps and displaying ads for iOS 8 there are some new features to the OS to consider:
- In addition to existing GPS, the iPhone 6 includes a new sensor - a barometer - to estimate vertical climb, such as stairs (not just distance).
- Touch ID (fingerprint security) is now accessible to all apps, which means you can authenticate a user before he/she uses your app, makes a purchase, etc.
- Smart House apps give users control over their home environment remotely. The opportunities for app development just got bigger.
One change with iOS 8 that will affect developers is Ad Display Orientation which now allows developers to design apps that will display differently when the device is held horizontally. Leadbolt’s iOS SDK version 5.0 helps developers ensure proper ad display with apps utilizing landscape mode on iOS 8.
With the Re-Engagement Tool Apple is changing the way apps get re-engagement notification permissions. Developers will need to add additional code to ask for permission if using re-engagement notifications. Leadbolt provides a tutorial for developers who want to learn more on the subject.
More information on how Leadbolt’s new SDK maximizes iOS 8 opportunities is available on the company website.