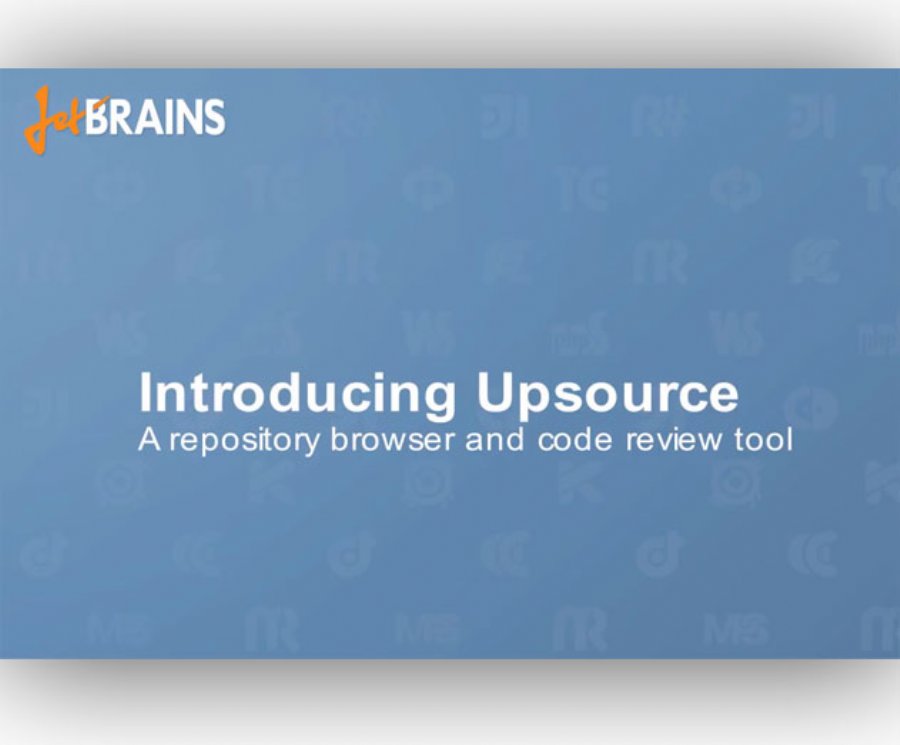 
2,070
JetBrains has opened its Early Access Program for Upsource, a new on-premise team tool that allows developers to browse their source code repositories, share, discuss and review code.
As would be expected, being a part of an Early Access Program provides an extra opportunity for developers to get in touch with the JetBrains team and work closely with JetBrains to shape how Upsource develops on the way to its first general release. As to be expected, the Early Access Program builds will most probably have some rough edges, but the JetBrains team will be available to help out and listen to input.
The JetBrains team says that, “Of course, Upsource is being actively dogfooded here at JetBrains. Our internal Upsource installation currently integrates 56 source code repositories hosted both internally and externally, and this includes IntelliJ IDEA Community Edition, one of the largest public GitHub projects.”
JetBrains expects this Early Access Program to last for a few months and are aiming for a final Upsource 1.0 release before end of this year. Things that they plan to do before they release include an IntelliJ IDEA code review plug-in, integration with JetBrains TeamCity, as well as easy export and import of data. For details, see the Upsource 1.0 Roadmap.
JetBrains Upsource offers the ability to:
- Keep track of revisions in source code repositories based on Git, Mercurial, Subversion and/or Perforce. Recent DVCS repositories, old-fashioned repositories, repositories on GitHub or hosted internally, Upsource can be plugged to all of them. There is also the ability to filter history with a YouTrack-like query syntax, focusing on specific branches, paths, developers or time spans.
- Visualize the history of commits, branches and merges. Next to the list of commits in each repository, there’s an illustrative commit graph inherited from IntelliJ IDEA.
- Examine changes in new revisions in detail. Inline or side-by-side diff views are available for any revision and work equally well with every supported VCS.
- Explore any revision of a code base, file by file. Browse the structure of any revision, open or search for any files in revision, see their history and contributors, or create discussions in these files.
- Access code inspections in Java projects, as if working in IntelliJ IDEA. When viewing Java files in any revision or when displaying a side-by-side diff that compares two states of a Java file, developers can see all the automated Java code inspections that would be expected in the IntelliJ IDEA code editor.
- Discuss code and code changes, or set up code reviews. Go the common way of creating code reviews on new revisions, or explore files that might not have changed recently and create discussions about specific parts of code whenever there’s a problem in code. Later on, as new code reviews are created involving these files, there is quick access to discussions that weren’t properly addressed at the time when created.
You can download a pre-release Upsource build to become a part of the Upsource Early Access Program.