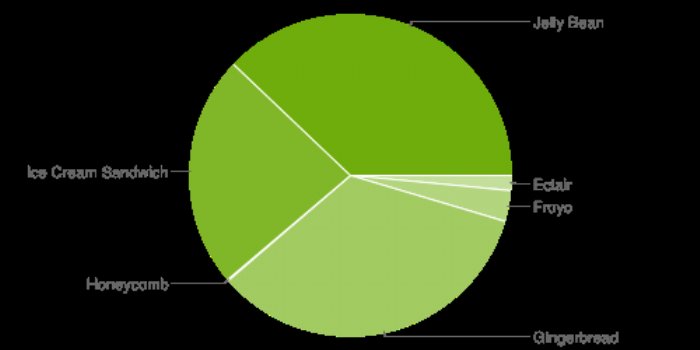 Data released in Google's bi-weekly usage figures show that Jellybean has nudged out Gingerbread as the top Android OS.

The snapshot of data was released on July 8 for all devices that visited the Google Play Store in the previous 14 days.

Prior to April, the data was collected when a device checked-in to Google servers. Now the data is built using data collected from each device when the user visits the Google Play Store.