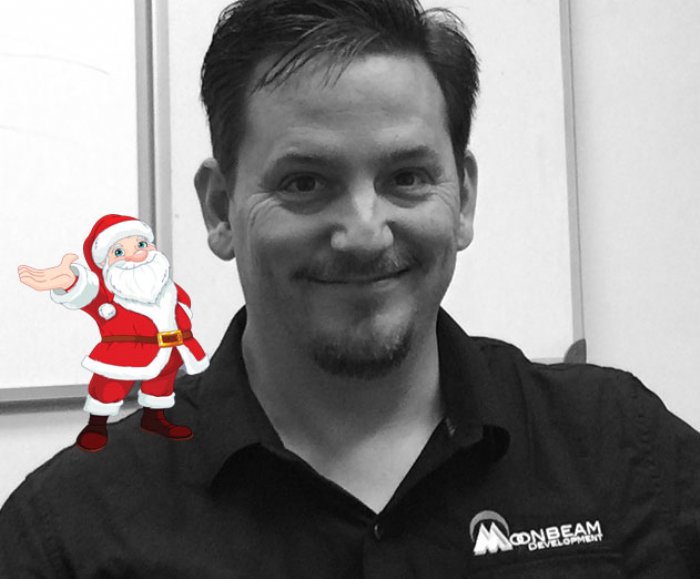 Interview With The Creator of Naughty or Nice Scanner app


18,736
Okay I'm a little bias because I actually wrote this app, but the Naughty or Nice Scan app for 2014 is so much fun! The first version of the app was published in 2011 and was met with tremendous success but it's now grown into the #1 scanner app in the app store. Over the years there have been numerous copycat apps come along (some better than others), but nothing beats the originality I put into Naughty or Nice scan.
The app includes a fingerprint scanner to detect your naughtiness or niceness, Santa talking feedback, a body scanner, Christmas countdown clock, Christmas music, Snow, a Santa locator, and letters from Santa!
Over the years I've been asked many questions about the app, some of which I thought I'd answer here.
How many people have downloaded the app?
Since 2011 the app has been downloaded over 2 million times, with around 50% retention rate of the audience.
Why do you think it's so popular?
I wrote everything in the app including the folio you hear. I think the originality speaks for itself and people like using something that isn't cookie-cutter holiday (hum-drum) app.
Does it really scan your finger and use 'secret Santa" technology to figure out if you are naughty or nice?
Well... of course! But technically it's the accelerometer, touch screen, camera, and a few other secret ingredients that figure it out (with a little bit of guessing in too).
How do you monetize?
At first I used ads to generate revenue but today it's a mix of ads and in-app purchases.  Users can now send letters from Santa to anyone when they purchase stamps.
Are the letters from Santa real?
Actually -yes! We built a BaaS app to handle the letters going out from Santa. You just tell us who Santa is going to send the letter to and we do the rest (the elves are made up of c#!)
What is the app written in?
The app was written in LUA and ported over into iOS and Android, with Windows phone coming soon.
What other Holiday Apps have you published?
Thanksgiving Turkey Plucker
Awesome game where you pluck the feathers off the bird!
Make me Santa Claus
Your picture, countless "place my face" style poses for you to overlay and share!
Blabber Box Christmas
Holiday puppets you control, record voices over, and make your own video cartoon messages. You can move the mouth, eyes, facial expressions and more.
Talking Mistletoe
A mistletoe that talks, hilarious!
Bell Ringer
Choose a bell and shake your phone! This is a classic