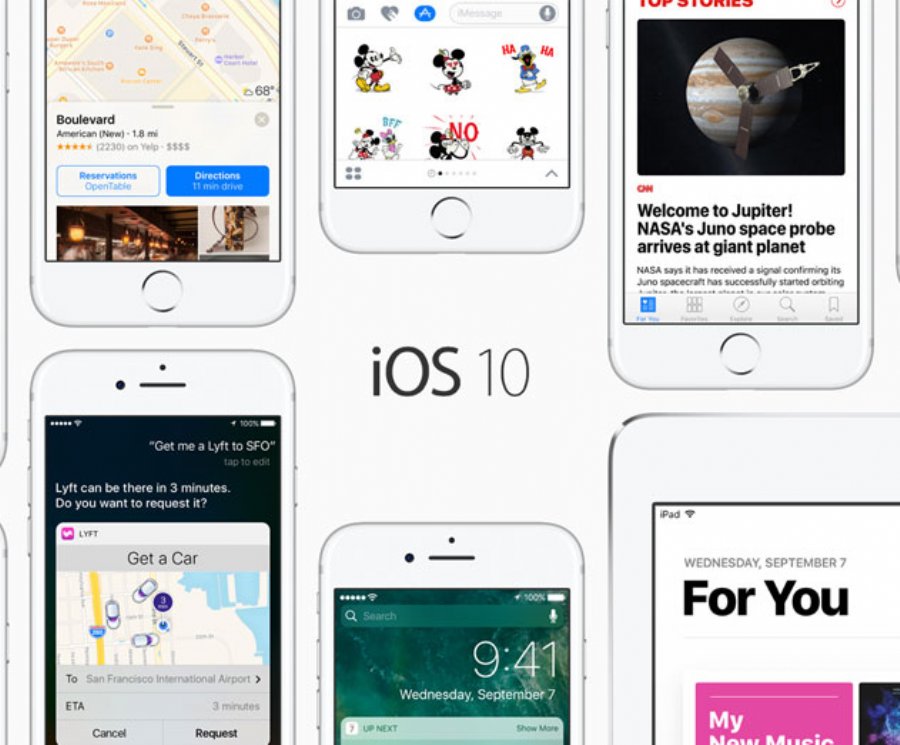 
23,160
The new Apple upgrade cycle with iOS 10 and the iPhone 7 is an exciting and opportune time for developers, and given what’s included in iOS 10, this round is no exception.
We tend to think about Apple changes in two categories: first, what exciting and improved experiences can we bring to our users? And second, how can we use these new features to run our business more successfully? There’s no shortage of either in iOS 10, and here are a few of our favorites.
New Subscription Pricing Options
One of the most significant changes for developers is the ability to offer developers a tiered pricing structure for apps. At Burner, we offer a subscription plan allowing users to add an extra phone line on an auto-renewing basis.  Nearly half of our revenue comes from subscription plans, less than a year after we launched this option, and it’s the fastest growing part of our business, so it’s working well for us. But we have lots of customers who would like more than one number a month, and until now we’ve had no way allow upgrades without forcing an awkward flow involving a cancellation the existing subscription and then a new subscription signup. Not a great user experience, which is something we pride ourselves on, so we declined to do it -- and undoubtedly have left revenue on the table.
With Apple’s new subscription features, our customers will be able to upgrade (or downgrade) their subscriptions much more smoothly. Savvy developers will also recognize an opportunity to introduce new products with much less pricing risk, as price changes over time will be much smoother.  Apple will even account for nuanced but important details like when downgrades and upgrades take effect (at the next renewal, and immediately, respectively).
New options to set subscription pricing by geography are another potentially very significant benefit of iOS 10.  For companies like ours that operate in different countries, this is a game changer.  Previously, it was impossible for a company like ours to set a single price that would work across, say, both North America and Europe, because they have radically different telephony environments.   Now, we will be able to set prices according to the costs of our inputs on a per-market basis.
Increased Revenue Share
Apple is now offering an increased revenue share for long-term subscriptions, raising it from 70% to 85%. In the app development business, increasing revenue by 10% or squeezing a bit more margin can be the difference between struggling and thriving. In a consumer app environment where customers want everything to be free, more margin gives companies like ours room to lower prices or be more aggressive with free offerings, trials, and marketing. It’s better for us and better for our customers, who will ultimately create more lifetime revenue that Apple profits from over the long term -- a win-win-win.
App Store Search Advertising
Beyond subscription services, the new iOS changes the way developers can advertise in the App Store, by allowing ads tied to search terms. We get a huge percentage of our downloads from people who search for us in the store, and this gives us a new way to get in front of users who don’t know us by name or who don’t search the exact keywords that lead to us. It will also make it easier for users to find specific apps and this will give us lots of things to test rigorously and try to optimize. (There’s of course no way for us to know up-front if this channel will perform in a cost-effective way, but the idea is certainly exciting. We’re already in the beta -- you should be too!)
SiriKit and CallKit
Those of us who are excited about voice technology from applications like Amazon’s Echo and API’s like Houndify have been hoping for Siri to open up to developers for a while, and iOS 10’s new SiriKit feature does not disappoint.  It finally opens up Siri to be able to control 3rd-party apps and gives developers the ability to integrate Siri voice control into our apps.  This is particularly exciting for messaging apps -- think of a Burner user being able to make top-level commands like, “Siri, use Burner to text Tim.”  SiriKit isn’t quite everything we’ve hoped for on this front (yet), but it’s a great step forward in function.
In addition, Apple’s new CallKit allows users to make or take a VOIP call right inside the app, upgrading what has always been a subpar experience by requiring a notification-->app-open flow for non-first-party calling apps (like ours, when users opt for VOIP calls). With CallKit, we’ll be able to provide a much more seamless experience.
Messages API
The new Messages API is a big deal for a lot of developers because it’s an opportunity to build things like custom emoji, stickers, takeovers and lightweight app experiences right into the messaging environment. There’s also transactional potential -- for example, users could potentially order food or make a purchase without ever having to switch to another app. In some ways, this is a whole new dimension of the App Store, and developers working in the space should be excited about the extension capabilities and the potential for new ways of reaching and engaging users here.  We’ll obviously be watching this space closely to see how it unfolds.
The Apple App Store hit its highest numbers ever in July, reaching a milestone of over $50 billion paid to developers.  That number can only increase after the public release of iOS 10. It will be exciting to see what creative experiences developers build around these new features and how users respond  to them.
This content is made possible by a guest author, or sponsor; it is not written by and does not necessarily reflect the views of App Developer Magazine's editorial staff.