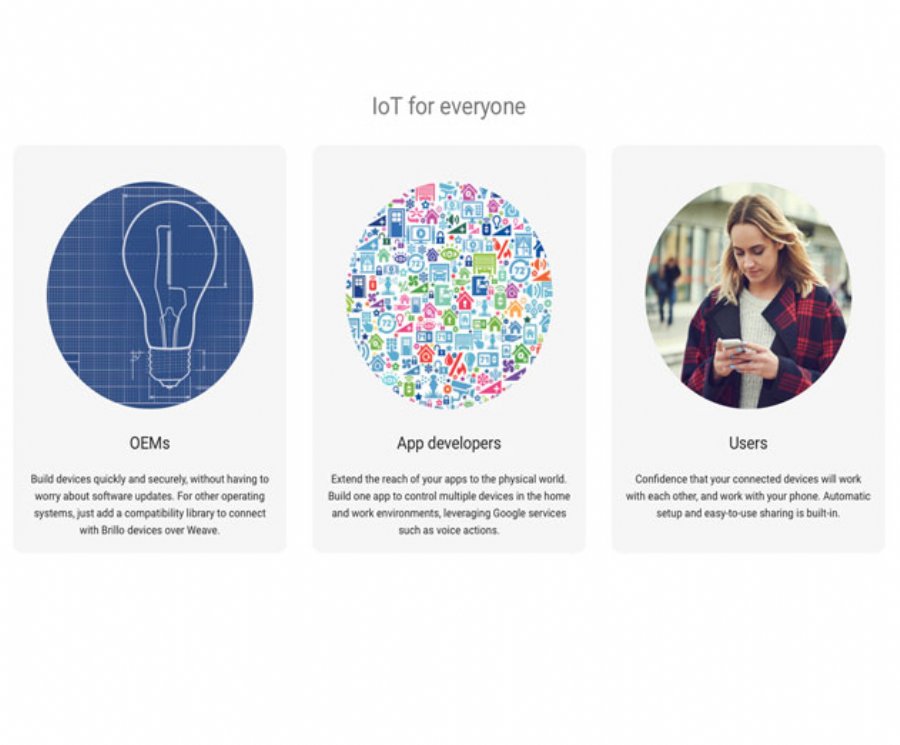 
1,597
One of the announcements coming out of Google’s IO developer conference was an IoT initiative name Project Brillo, a new platform derived from Android that lets developers and manufacturers build connected devices.
As part of Brillo, Google is introducing a communications protocol - Weave - developed in partnership with Nest which also includes a set of developer APIs, a core set of schemas and a certification program to ensure device and app interoperability.
The Weave IoT will provide communications between devices both locally and through the cloud. It’s integrated into the Google mobile platform and support is built into Android and is also available for iOS.
The Weave program will drive interoperability and quality through a certification program for device makers. As part of this program, Weave provides a core set of schemas that will enable apps and devices to interact with each other. The Nest and Nest ecosystem devices will also use Weave to interoperate with devices from other manufacturers.
Look for more to be released about the platform later this year.