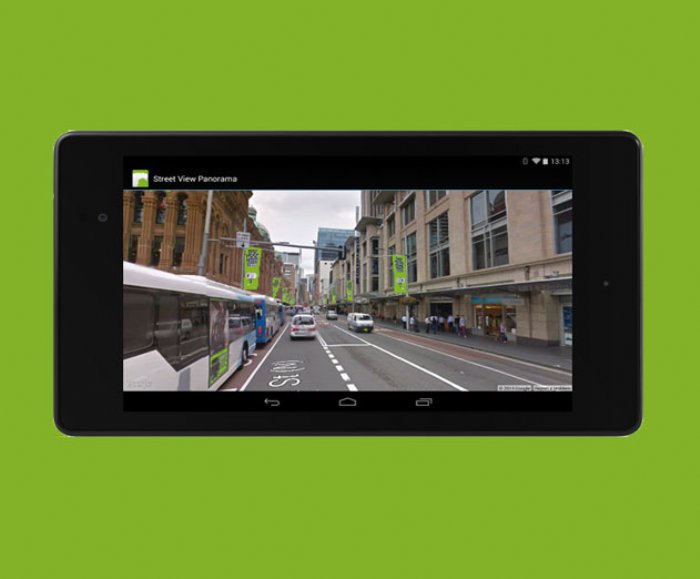 
5,217
The latest release of Google Play Services includes a number of updates, including an enhancement to Maps with the introduction of Street View, as well as new features in Location, Games Services, Mobile Ads, and Wallet API.
What’s new in of Google Play services release 4.4:
Google Maps Android API
Developers can now embed Street View imagery into an activity, enabling users to access panoramic 360-degree views. The ability is available to programmatically control the zoom and orientation (tilt and bearing) of the Street View camera, and animate the camera movements over a given duration. Google has also added more features to the Indoor Maps feature of the API. Developers can turn the default floor picker off in case they would like to build one.
Activity Recognition
The Location API provides the ability to detect if the device is in a vehicle, on a bicycle, on foot, still, or tilting. Running and Walking activity detectors have also been added.
Games Services Update
The default requests sending UI has been extended to now allow the user to select multiple Game Gifts recipients, providing the opportunity for enhanced collaboration and social engagement between players.
Mobile Ads
Google has added new APIs for publishers to display in-app promo ads, which enables app users to purchase advertised items directly. Developers can control targeting specific user segments with ads, for example offering high-value users an ad for product A, or new users with an ad for product B.
Wallet Fragments
For the Instant Buy API, Google has reduced the work involved to place a Buy With Google button in an app. The WalletFragment API introduced in this release makes it easier to integrate Google Wallet Instant Buy with an existing app.