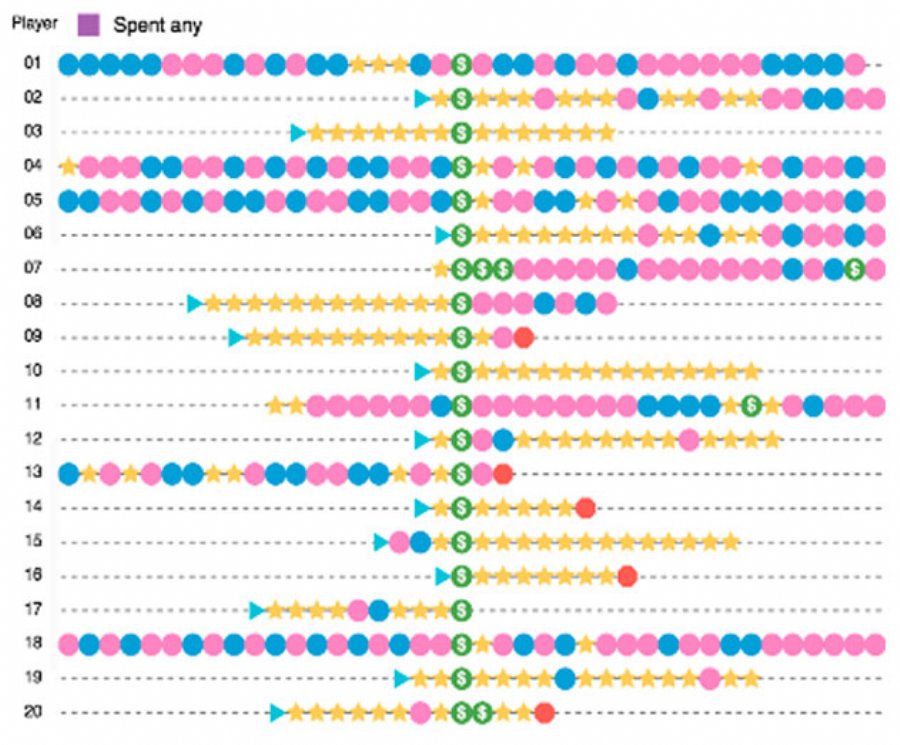 
23,953
Google is expanding its Player Analytics platform with two new analytics reports, Player Time Series Explorer and the Events Viewer, that provide developers with better visibility into time-based player activity and custom game events. There are also improvements to the player retention report.
Google is also introducing a new Player Stats API to let developers tune a game experience for specific segments of players across the game lifecycle.
Player Time Series Explorer
The Player Time Series Explorer report helps developers understand what happens in critical moments for players such as what are players are doing in the first few minutes of gameplay and what happens just before players spend or churn. The report can provide insight into why players have trouble getting through challenges by seeing which challenges are impeding player progress most, providing the ability to make targeted improvements to decrease the rate of churn.
Developers can select choices in the console such as “What happens before first spend” to see what happens just before players spend for the first time. Time series are aligned by first spend event so developers can explore what happened just before and after first purchase.
Developers can also use the Player Time Series Explorer report to:
- Customize settings to explore player time series
- Select from a list of preset questions
- Find out what happens before your players churn
- Hover over events to view additional details, such as hovering over achievement shapes to learn which specific achievements were earned.
Events Viewer
Game developers can create their own reports based on custom Play Games’ events and can select multiple events to display and bookmark the report for easy access.
For example, a developer can compare the rates at which Players are entering contests, winning, and almost winning. This report would identify opportunities to improve the balance of its contest modes. Then developers can bookmark the settings so to track improvements.
There is also a new 28-day-by-28-day retention grid to help compare retention rates across a larger number of new user cohorts.
Player Stats API
The Player Stats API lets developers tailor player experiences to specific segments of players across the game lifecycle. Player segments are based on player progression, spend, and engagement.
Here are some examples of what can be accomplished with the Player Stats API:
- For highly engaged players that just aren’t spending, show them special bonuses that are aimed at recruiting others to play instead of spending
- For the most prolific spenders, provide occasional free gifts and upgrades
- For users that haven’t really engaged in game, show them a video that directs them to community features, like clan attacks or alliances that drive deeper engagement
- For players that have been away from the game for a while, can give them a welcome back message that acknowledges impressive accomplishments, and award a badge designed to encourage return play
The Player Stats API is launching in the next few weeks.