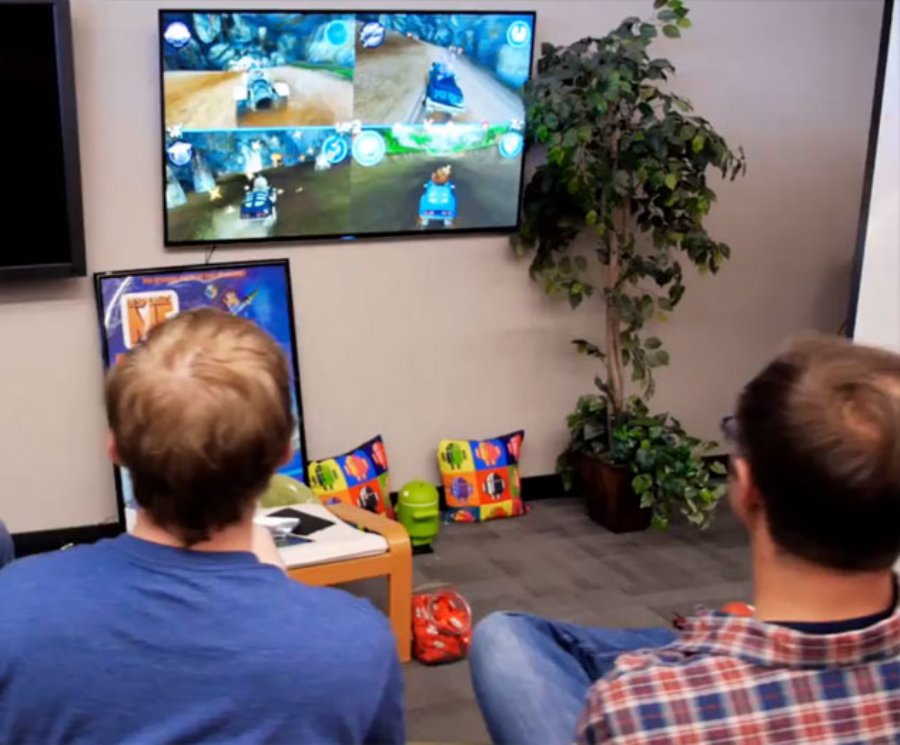 
11,031
Google has introduced new tools and features for Android developers at its Developer Day during the Game Developers Conference. The new offerings include analytics for Google Play Games, new advertising options for AdMob and a Nearby Connections API for Android TV.
Google has introduced Player Analytics, giving developers access to Android analytics reports. The new analytics platform is set to launch in the next several weeks in the Google Play Developer Console and will provide Android developers with insight into how their players are progressing, spending, and churning; access to metrics like ARPPU and sessions per user; and assistance setting daily revenue targets.
Google has also announced three new updates to the AdMob platform. These include:
- Native Ads: Available as a limited beta, participating developers will be able to show ads in their app from Google advertisers, and then customize them so that users see ads that match the visual design of the game.
- In-App Purchase House Ads Beta: Developers will be able to grow their in-app purchase revenue for free. AdMob can now predict which users are more likely to spend on in-app purchases, and developers will be able to show these users customized text or display ads promoting items for sale. Currently in beta, this feature will be available to all AdMob accounts in the next few weeks.
- Audience Builder: This is a tool that enables game developers to create lists of audiences based on how they use their game. Developers will be able to create customized experiences for users, and ultimately grow their app revenue.
For Android TV Google is launching the Nearby Connections API that will allow games to connect with smartphones and tablets as second-screen controls to the game running on a TV. The new API will be available this summer.
Learn more at the Google Developers blog portal.