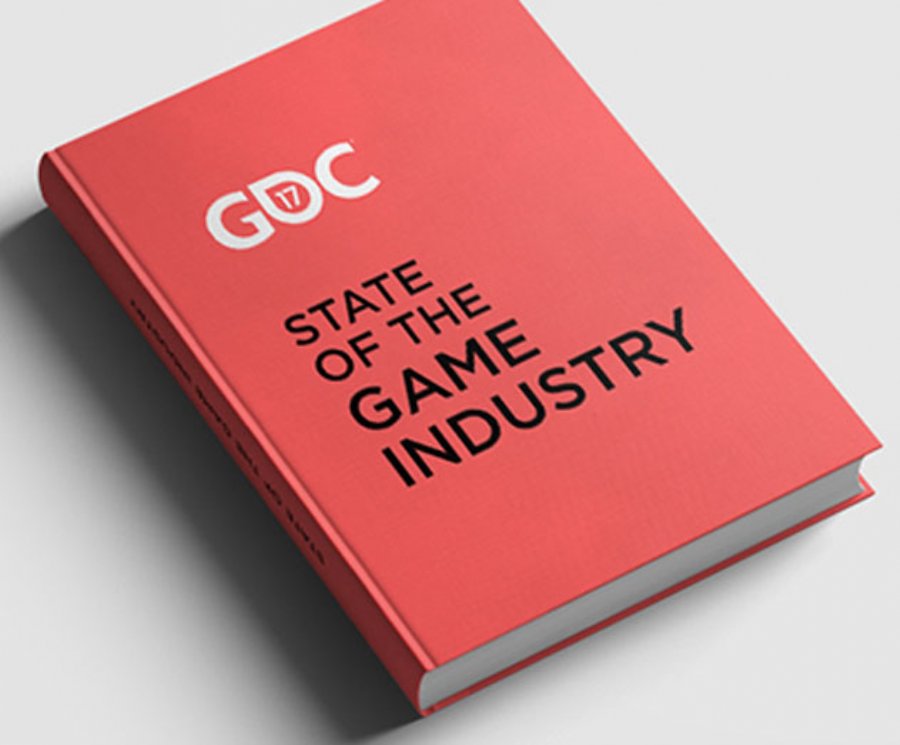 
53,568
The Game Developers Conference (GDC) has released the results of the fifth annual State of the Industry Survey, revealing trends in the games industry ahead of GDC 2017 this February.
Here are some of the many learnings from the survey of more than 4,500 game developers who have attended GDC in the last three years.
Game Makers are feeling optimistic about Nintendo’s upcoming Switch console
In the wake of Nintendo’s recent product announcement of its upcoming hybrid portable/home console the Switch, the responding developers indicated a cautious optimism for the platform’s viability in the marketplace. 50 percent of respondents believe that the Switch will outsell Nintendo’s most recent home console, Wii U, which has a worldwide install base of roughly 13 million. 14 percent thought that the platform would sell less, with the remaining 37 percent unsure.
As far as the product’s core selling point, its ability to switch between portable and docked console modes, survey respondents are a little more mixed with their predictions on whether or not the feature will resonate with the public. Only 19 percent offered an unequivocal yes (“the right product for the right time”), while 48 percent believe that it might resonate but doesn’t seem to be “world-changing”. 11 percent figured people wouldn’t be interested in the core premise of the Switch, and 23 percent said they were unsure of how it would be received upon launch.
Most developers are unsure about mid-cycle console refreshes, but more are positive than negative
With both Sony and Microsoft releasing more powerful mid-cycle console refreshes like PlayStation 4 Pro and the Xbox’s “Project Scorpio,” developers revealed mixed feelings about whether or not these hardware updates are good for the industry. 41 percent of survey respondents were undecided, 36 percent said they were neutral on the subject, and 18 percent said they thought it was a good thing for the industry. Just 5 percent said it was a negative development.
HTC Vive outpaces Oculus Rift as the most popular VR/AR platform
With mainstream console and PC Virtual Reality (VR) platforms entering their first holiday season at the time of the survey, developers had numerous insights to share about their support for the various headsets on the market. 61 percent of surveyed developers are not currently developing VR titles, but among those who are, 24 percent are currently making games on HTC and Valve’s Vive headset, 23 percent are supporting Oculus Rift, and 13 percent are supporting Sony’s PlayStation VR.
Support for each platform has grown significantly from last year’s survey, when Oculus Rift received 19 percent support and HTC Vive and PlayStation VR garnered 6 percent each. Projecting into the future, when asked which VR/AR platform they expected the game after the project they’re working on now would be released on, 40 percent of respondents said they were planning to support HTC Vive for their next title. By comparison, 37 percent said their next game would release on Oculus Rift, and 26 percent said PlayStation VR.
When surveyed about general interest level in each of the major VR/AR headsets, survey respondents once again gave HTC Vive the lead. When asked to mark down the VR/AR platforms of most interest to them as developers, 45 percent indicated HTC Vive, 30 percent indicated Oculus Rift, and 29 percent marked PlayStation VR. Microsoft’s upcoming HoloLens Augmented Reality (AR) platform came in fourth with 24 percent of respondents.
1 in 10 game makers is working on a platform-exclusive VR/AR game, predominantly for the Vive
The topic of platform exclusives (timed or otherwise) in the VR game industry has been heating up recently, so the survey also asked respondents whether their next VR/AR game was being developed exclusively for a single platform. Half of respondents said they weren’t involved in VR/AR game development, while 39 percent said that their next project would not be exclusive to a single VR/AR platform. 11 percent of survey respondents said that their next game would be exclusive to one VR/AR platform or device. Of those developers working on an platform-exclusive VR/AR title, 33 percent of respondents said their next project would be a platform-exclusive VR/AR game for HTC Vive, making it the most popular VR system for exclusives. By comparison, 24 percent were working on a platform-exclusive VR/AR title for Oculus Rift, and 15 percent for PlayStation VR.