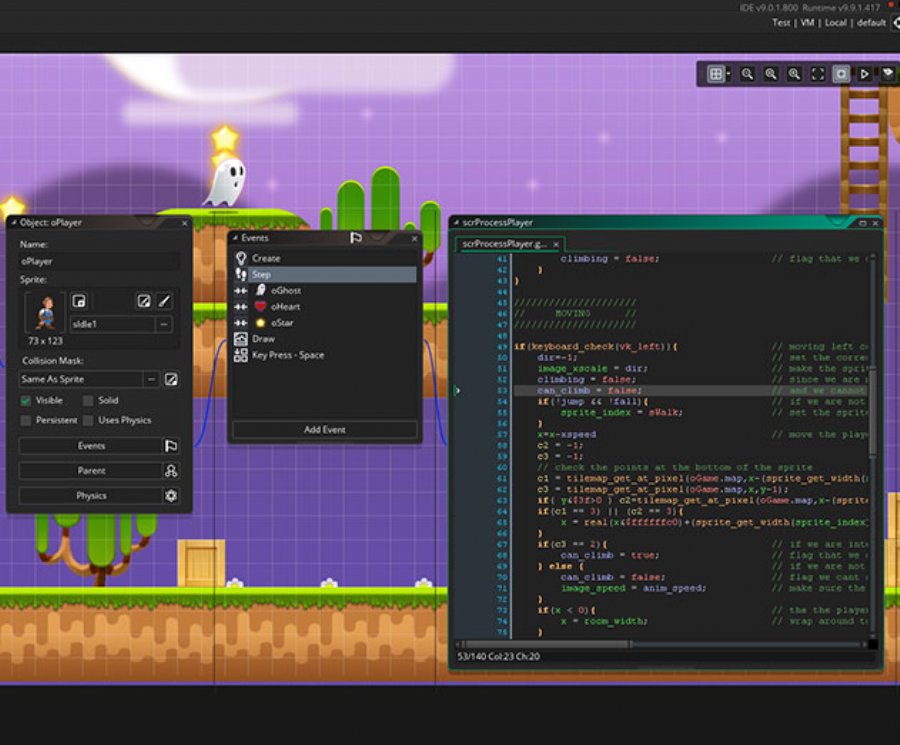 Game developers on Mac will soon receive access to the GameMaker Studio platform from Yo Yo Games.

Game developers on Mac will soon receive access to the powerful GameMaker Studio platform for the first time as YoYo Games begins the closed beta period of the long-awaited Mac OS version of GameMaker Studio 2.

The Mac IDE closed beta for GameMaker Studio 2 will bring enhancements since the release of GameMaker for Mac in 2011. GameMaker Studio 2 features rich functionality that take the 2D game development environment to a new level. Beginners with limited to no coding experience will rest assured as the trademarked Drag and Drop system (DnD) translates into actual code, while professional developers retain access to a powerful programming language and comprehensive set of tools for advance exporting and rapid deployment across all leading platforms including mobile, console and desktop.

- Workflow enhancements: Other enhancements to GameMaker Studio 2 on Mac OS include a seamless path from DnD to actual code, powerful new editors with real-time updates from one editor to another, a completely redesigned user interface and cross platform source level debugging

GameMaker Studio 2 for Windows PC is currently available for purchase through YoYo Games’ website and Steam starting at $99.99.