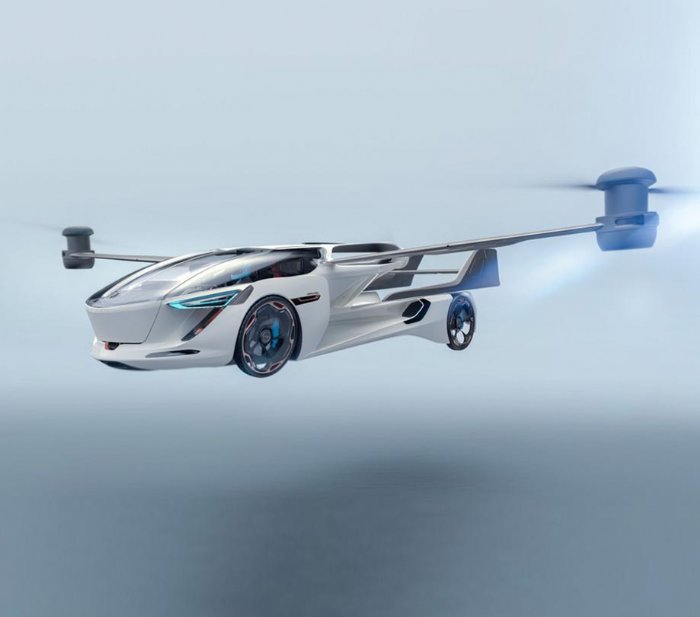 Flying cars could be here sooner than you think

The flying cars release deadline has been moved up by many industry developers. But will law enforcement have the time and money to equipped when the transition begins?

According to a recent report from Frost & Sullivan, flying cars are set to disrupt the mobility space with at least ten early entrants expected to launch various versions of flying cars by 2022. With helicopters and other adaptable aviation playing a vital role in supporting law enforcement throughout the U.S., airborne technology is becoming an important accessory tool for more police and fire departments. The number of public safety agencies with flying drones has more than doubled since 2016, with over 900 police, sheriff, fire and emergency agencies utilizing drones. But it’s not just drones and helicopters taking flight - flying cars now offer an innovative accompaniment to traditional airborne policing, with many citing their cost-effectiveness and adaptability to responding in emergency situations, no matter the terrain. Per SkyRunner CEO, Stewart Hamel, aviation vehicles can be utilized in air searches by first surveying from the skies, landing on the ground and driving to location, offering additional mobility to traditional helicopters.

The Department of Justice estimates about 350 of the 18,000 law enforcement agencies in the U.S. use airborne assets daily. The advantages of airborne policing are well-known: in addition to covering distances faster and often being first on scene, officers also have greater visual range from the sky, can cover otherwise impassible areas and are safely removed from hazards on the ground - a major boon for those in a dangerous line of work. But a big drawback cited by industry leaders is the high cost in exchange for those benefits - in 2007, the most recent year for which data is available, 1.7% of Law Enforcement agencies spent an estimated $300 million on aircraft purchases, leasing and financing, maintenance and fuel. For law enforcement agencies that may struggle to secure funding for even the smallest miscellaneous items, absorbing that cost can be difficult.

But there is a help source. With flying apparatuses being utilized more and more in law enforcement - due in large part to their ability to search in any terrain - flying all-terrain vehicles act as a complement to helicopters by significantly reducing operational costs, while also increasing mobility. Many flying cars take automotive grade fuel, a much less costly alternative to leaded aviation fuel which cost law enforcement agencies $34.9 million in 2007. Operational costs for helicopters include numerous factors to consider such as helipad or airport landing fees and storage costs - non-factors for flying cars.

“Flying cars can save considerable time and money for law enforcement when handling an emergency situation,” said Hamel. “A helicopter, while it can land just about anywhere, isn’t mobile on the ground and the pilot has to radio for ground crews before any action can be taken. A flying car, however, can land immediately and remain actively mobile - getting law enforcement to where they need to be much faster,” said Hamel.

But while all signs point to flying cars as the logical next step for law enforcement, there is a caveat, says Hamel, who asserts that flying cars aren’t meant to replace helicopters - rather, they offer a reliable, low-cost adaptable alternative to law enforcement. He also insists that officers on the ground must communicate with and coordinate with the flight crew to get the most out of air support units - collaboration is important between the air team and the ground team.