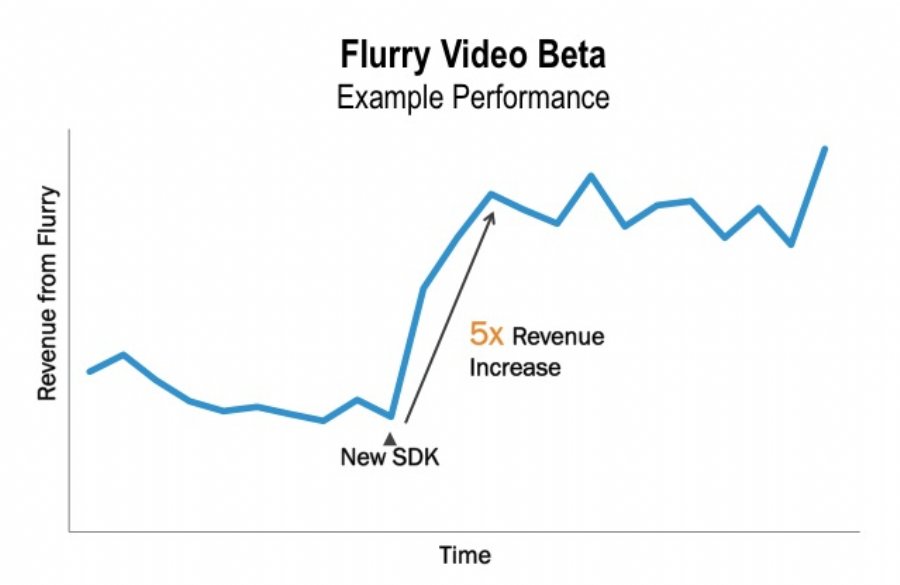 
2,339
Flurry has released a new SDK that helps app publishers create the next generation of video-enabled ads. The new SDK allows developers and publishers to monetize their inventory through the Flurry RTB Marketplace by using the most advanced video standard, VAST (iAB’s Digital Video Ad Serving Template).
By accessing video demand from both the Flurry Marketplace and the Flurry For Advertisers video network, publishers will benefit from improved performance, fill and revenue. During beta testing publishers who used the new SDK to offer the VAST video inventory to programmatic buyers increased their Flurry ad revenue by as much as 5X.
Flurry’s new video ads offer the following:
- User skippable and non-skippable videos
- Auto-play and user-initiated videos
- 15- and 30-second video durations
- Rewarded and non-rewarded ads
- Monetization via both Flurry’s RTB marketplace and Flurry’s own video network
The new video capability can be combined with Flurry’s ad targeting data, including age, gender, or Flurry Personas as well as custom segments built using Flurry Analytics. And it's available to all app owners who integrate the standard Flurry SDK.