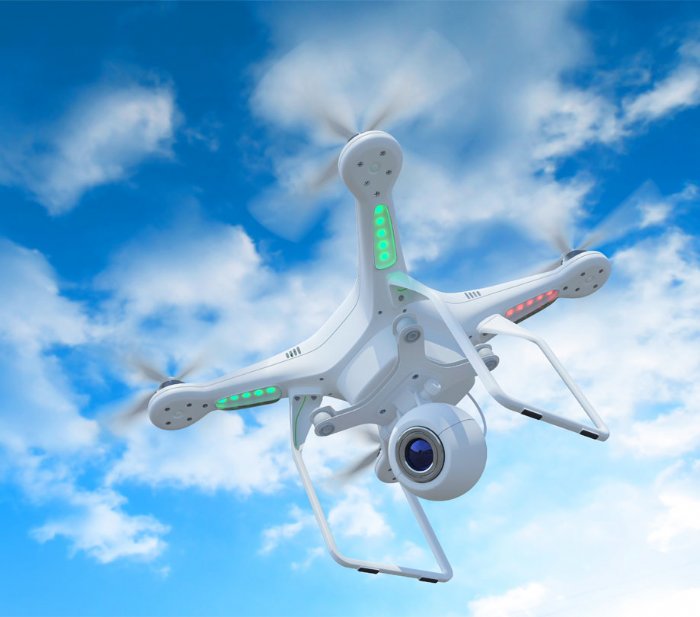 Flight to the Future (F2F) has announced a massive corporate office expansion, as well as a myriad of strategic manufacturing partners to make its mission of adding more than 1 million drone-based jobs to the US economy a tangible reality. F2F helps pilots and the general public re-boot their careers by becoming certified commercial drone operators.

Earlier this summer, Aquiline Drones (AD) launched a new employment initiative called Flight to the Future (F2F) to help pilots and the general public re-boot their careers by becoming certified commercial drone operators. This is to fulfill the increasing demand for commercial drone services nationwide.  Now, the organization has announced a massive corporate office expansion, as well as a myriad of strategic manufacturing partners to make its mission of adding more than 1 million drone-based jobs to the US economy a tangible reality.

Aquiline Drones currently has 16 staff members working at its downtown Hartford headquarters and 3 large external technology teams strategically dispersed, mainly in the US.  By the end of 2020, Aquiline Drones Founder and CEO Barry Alexander says that he will outfit the Hartford location with an additional 54 management, business and production professionals bringing its total Hartford crew to 70. Toward this end, AD has already signed a new 10-year lease to expand to the 13th floor and is in negotiations for two additional floors in the Stark Building. These new floors will be concurrent with its current occupation of the Penthouse Suite on floors 16 and 17.  In addition, Alexander is building the nation’s first public drone showroom where visitors can witness the entire production cycle of drones.  At its completion, AD will occupy nearly 30,000 square-feet for all business operations at its current location.

“Our massive US expansion is aptly timed and will enable quick-start production of our new and superior line of commercial and industrial drones, dubbed “Spartacus”, while we simultaneously finalize numerous manufacturing licensing agreements with industry-leading Drone Vault of France and Aerialtronics of the Netherlands,” said Alexander.

According to a recent report by Drone Industry Insights (DII), the commercial drone sector is growing at a rate of 13.8% compounded annually and is expected to double by 2025 to over $42 billion.

Activities easily performed by drones include routine inspections of construction sites, tunnels, bridges, power lines, energy plants, railroad tracks, coastline erosion, real estate, agriculture, livestock monitoring and wildlife management. They are also unrivaled in assessing and mitigating potential disaster such as forest fires, power outages and other forms of mayhem that could ultimately lead to loss of livelihood, property or even life.

“Drones add a highly-beneficial ‘third dimension’ to our lives and most companies would benefit from incorporating a drone system into their day-to-day operations to improve business practices and elevate profitability,” said Alexander.  As the awareness of and appreciation for drones grow in their capacity to save lives, protect property, reduce transportation carbon footprints, the prospect of 1 million high-paying drone jobs is not only possible, but highly plausible!”

Alexander notes that his company’s Flight to the Future commercial drone pilot training program is essential to meet the growing demand.

According to a recent report by the US Bureau of Labor Statistics, 16.3 million Americans are still unemployed due to the devastating effects of the coronavirus pandemic.

“We’re particularly mindful of our home base here in Hartford, where our unemployment rate hit 16% at the end of July,” said Ethan James, Chief Operating Officer at Aquiline Drones. “Our hiring boom to assemble US-made drones corresponds perfectly with the launch of Flight-to-the-Future, a gateway to create and improve income streams for anyone unemployed, underemployed or facing a furlough.”

Accessed via www.aquilinedrones.com/flight-to-the-future, the unique F2F drone pilot training and small business start-up program targets all Americans by using advanced technology to create high-paying jobs.  “For under $1,000 and in just a matter of months, certified and well-trained drone pilots will be on track to potentially earning six-figures!” adds Alexander.

Alexander notes that F2F not only produces qualified drone entrepreneurs and business owners, but also appeals to skilled professionals, like engineers, fire fighters, and EMS personnel, who can earn their drone pilot certification to do their jobs better and safer.

Further, F2F is designed to maximize each participant’s success by:

The Flying Monkey Grill & Bar in Newington, CT was the first local business to purchase F2F enrollments to assist its unemployed workers.  “Our loyal patrons are the reason we’re surviving the pandemic and businesses should understand that” said Junior Baez, owner of the restaurant.

Once inside the ADflight.to/future portal, businesses can identify the button “Corporate Sponsorship” to purchase “Success Kits” for as many individuals - both employed and unemployed - as they wish. Alternatively, a direct email can be sent to info@aquilinedrones.com or Shop@aquilinedrones.com.

“Small businesses are the lifeblood of America, and during difficult times such as these, many suffer because they do not have capital reserves or credit to wait out an economic recovery,” concludes Alexander.  “Aquiline Drones is committed to changing that dynamic.”

Enrollment is ramping up quickly for a September 1, 2020 start date and is expected to produce its first class of ‘drone-preneurs’ by November 1, 2020.