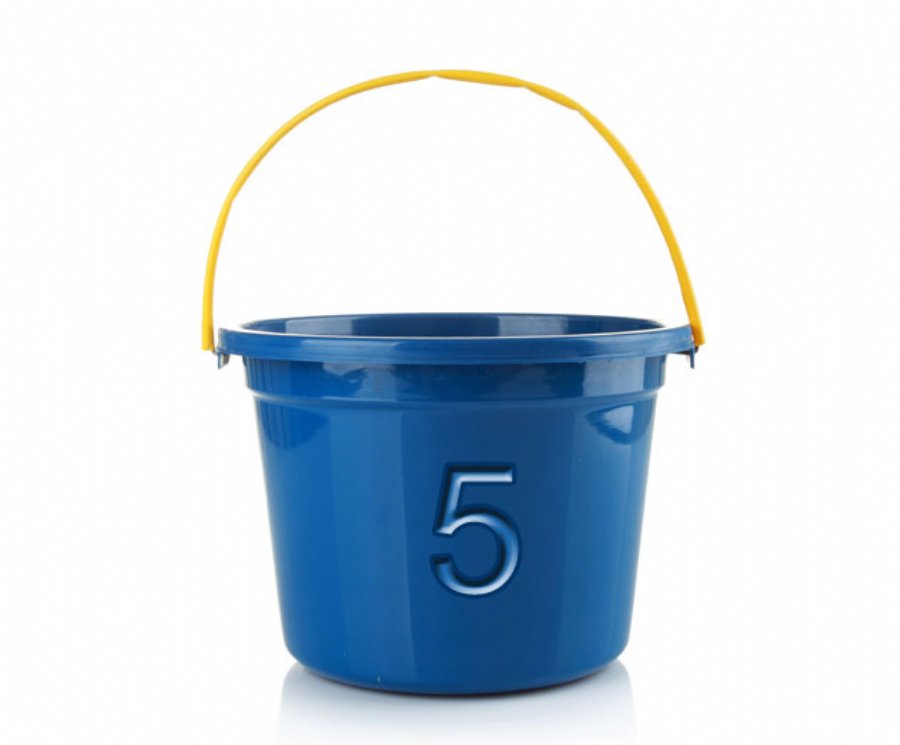 
41,993
Atlassian's Git and Mercurial hosting service, Bitbucket, has an app integration framework to go along with it's traditional REST APIs and webhooks. Bitbucket Connect allows developers to embed new pages and features directly within its user interface via securely signed iframes, and interact with Bitbucket using both REST and a client-side JavaScript API. It's kind of like OpenSocial, but with less XML and a far deeper integration with Bitbucket's feature set.
Atlassian has been using Bitbucket Connect internally to build out new features as independent, full-stack microservices. But even cooler than that: Bitbucket fans have been busy shipping their own user-contributed features to the Bitbucket add-on directory!
Here's five great add-ons and integrations built using Bitbucket Connect over the last twelve months:

Canvas for Bitbucket adds a Kanban-style board to Bitbucket for managing your issues. Kanban boards are great for teams, as you can quickly see which team members are assigned to which issues, and what state the issues are in. Boards also allow users to easily update issues as they progress through your workflow.
The simple drag-and-drop board organizes your issues into columns by status, and is embedded as a new view directly within the Bitbucket UI:
Canvas also includes BBQL-powered quick filters to restrict which issues are displayed, and the ability to map both columns and swimlanes to arbitrary issue attributes.

Atlassian have also been busy building their own integrations atop Bitbucket Connect. Node.js fans can install npm for Bitbucket to get handy information from the npm registry integrated into their Bitbucket repository overview: 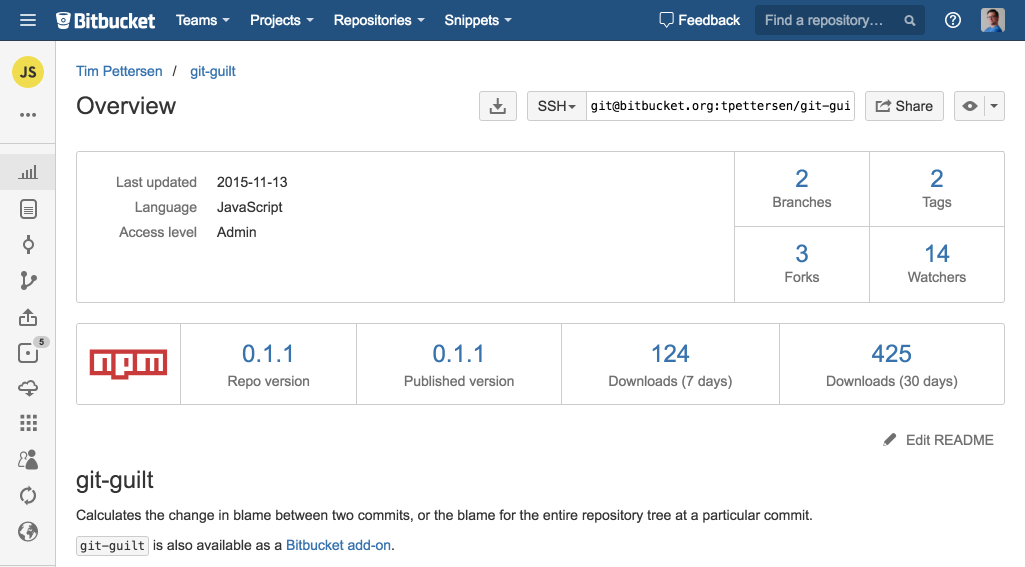 npm for Bitbucket also provides a Package Info view that resolves and inlines additional information about your package dependencies, including the description, latest version, and license: 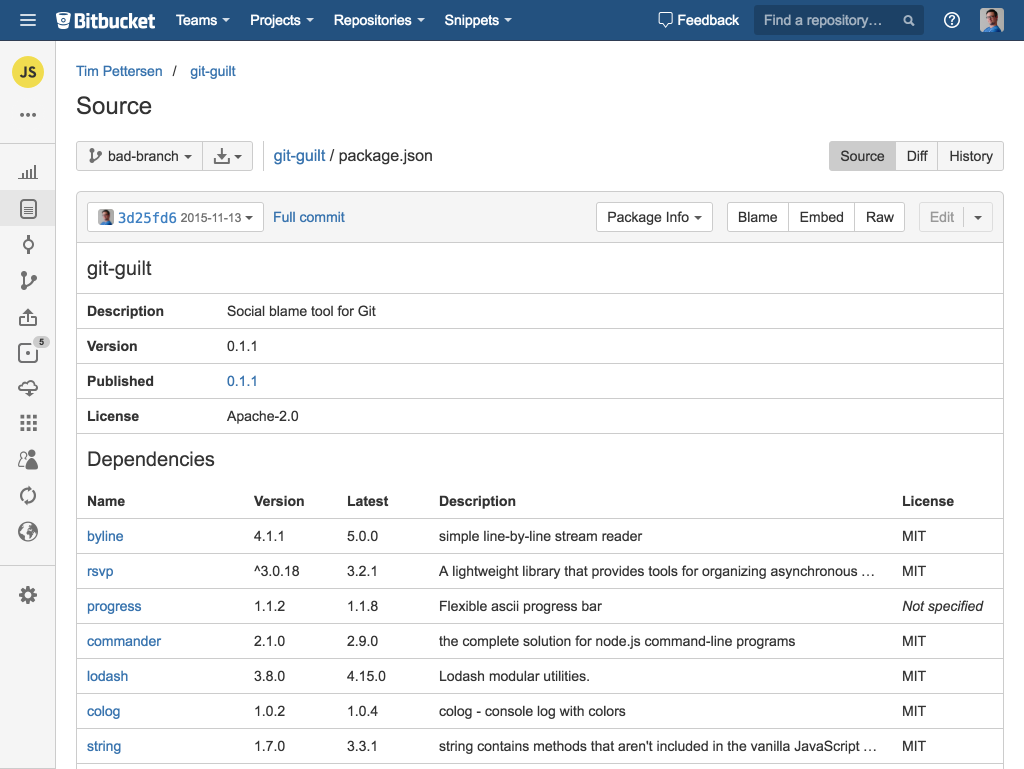 The add-on supports both private and public npm packages, so you can use it for both your professional and open source projects hosted on Bitbucket.

Alongside their npm integration, Atlassian have shipped support for another extremely popular registry: Docker Hub. The add-on forges a link between a Bitbucket repository and it's corresponding Docker image repository on Docker hub.

Image metadata and pull count is displayed inline on your Bitbucket repository dashboard. Plus - if you've enabled autobuilding - you'll see the status of your last build, and whether your latest published image is up to date with your repository. If you're interested in learning how Bitbucket add-ons are built, Atlassian Developer Steve Smith has written a six-part blog series on building Bitbucket's Docker Hub integration in Clojure.

As you may have gathered, Bitbucket's core focus is professional teams. The Bitbucket feature set tends to focus on items like branch permissions, performance, and perfecting the pull request experience; rather than some of the more fun social features like contributor statistics. Statistics are great for open source projects, and are a handy way to quickly see who has contributed to a particular project. However they're less useful (or sometimes even dangerous, in the wrong hands) in a professional context: LOC, blame, and commit counts aren't a great way to measure developer productivity.
However a small team of developers from Belarus have shipped some pretty sweet looking charts for Bitbucket. Awesome Graphs (a port of a popularBitbucket Server add-on) gives you contributor statistics, commit volume over time, and a punch card chart showing what times of day your team is committing code:

On a slightly more frivolous note, you could also check out this file viewer that renders your source code as a platform game.
Try 'em out!
If these seem useful for your software projects, check out the Bitbucket add-on directory for a more complete listing of the neat features and integrations available for your Bitbucket account. You'll need to sign up for a free Bitbucket account, if you haven't already!
If you're working on a Bitbucket feature yourself, or want to get started with Bitbucket Connect, I'd love to hear about it. Drop me a line on Twitter: I'm @kannonboy.


Read more: https://www.atlassian.com/This content is made possible by a guest author, or sponsor; it is not written by and does not necessarily reflect the views of App Developer Magazine's editorial staff.