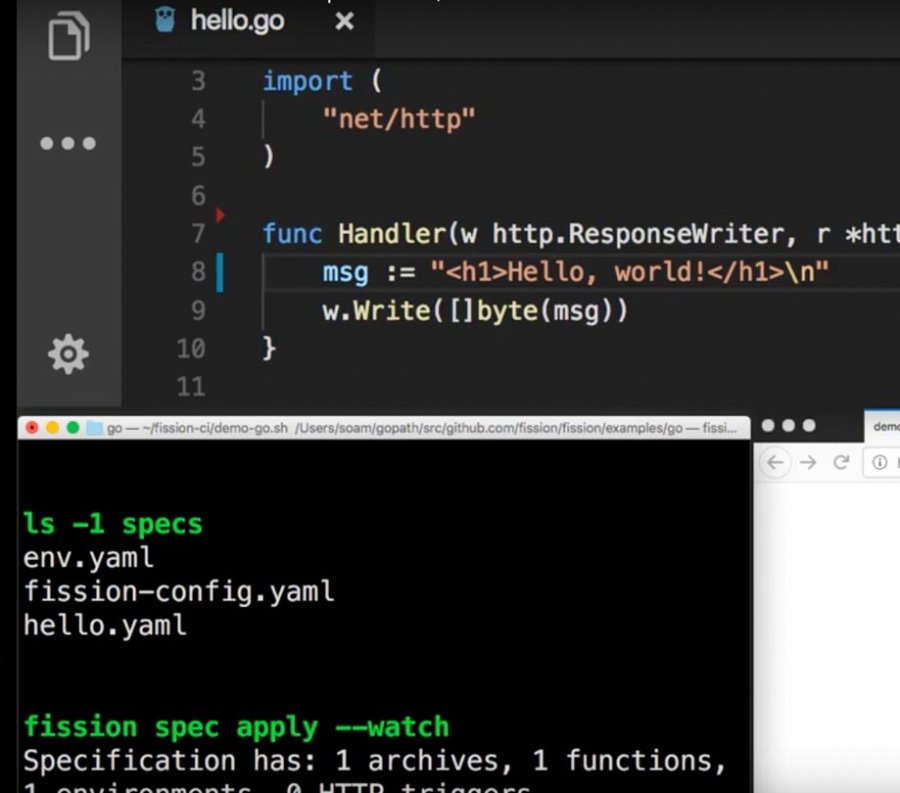 Platform9 just released updates to Fission.io - the open source, Kubernetes-native Serverless framework, with new features enabling developers and IT Operations to improve the quality and reliability of serverless applications.

Other new features include Automated Canary Deployments to reduce the risk of failed releases, Prometheus integration for automated monitoring and alerts, and fine-grained cost and performance optimization capabilities. With this latest release, Fission offers the most complete set of features to allow Dev and Ops teams to safely adopt Serverless and benefit from the speed, cost savings and scalability of this cloud native development pattern on any environment - either in the public cloud or on-premises.

“Fission was created to provide a simpler, easier way for developers to accelerate time to value with Kubernetes. Our goal is to help developers produce quality serverless code, and provide Ops teams with the utmost confidence to run serverless applications in production,” said Soam Vasani, Creator of Fission at Platform9. “Serverless allows developers to move faster and be more productive. The latest release of Fission focuses on accelerating feedback loops and lowering deployment risk, to ensure that teams can not only move fast, but also safely, and at scale.”

Serverless functions can be configured with specific CPU and Memory resource usage limits, minimum/maximum number of instances and auto-scaling parameters. These parameters allow for functions to be tuned with an execution strategy that best fits the specific business use case. For example, functions that have severe cost constraints can be deployed into containers on-demand, minimizing costs at the expense of performance. Conversely, functions that need performance above all other requirements can be configured to have instances always running, ensuring low latency but driving up costs. Functions can also take advantage of Fission’s pre-warmed container pools, which aggregate the cost of pooling over a large number of functions, while providing the performance benefits for all of them.