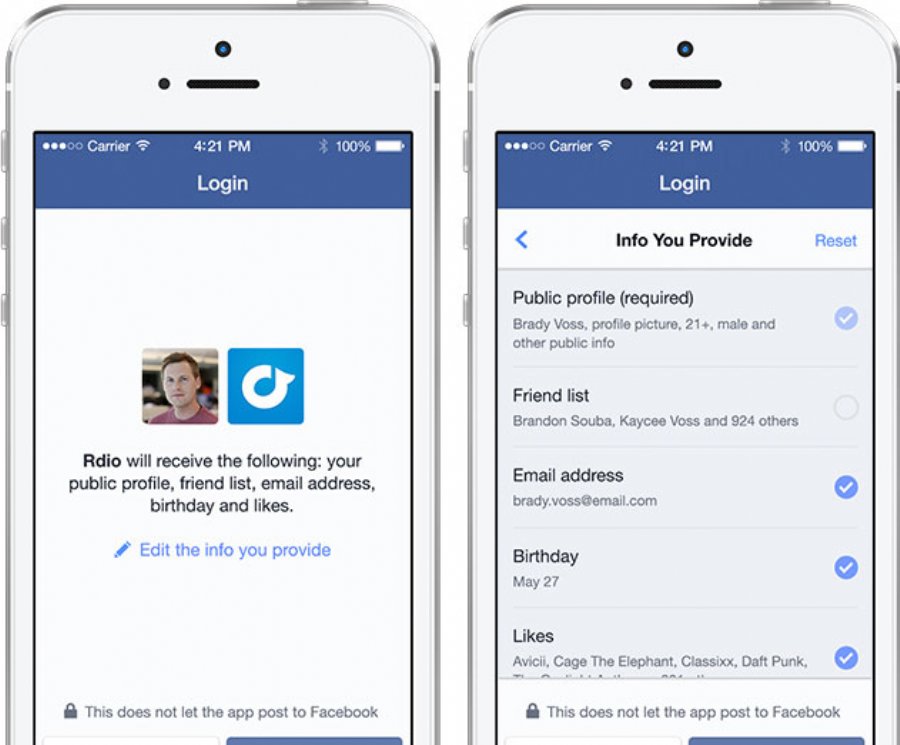 
2,728
At f8 2014, Facebook  announced a new version of their Graph API v2.0. The company also announced that moving forward, the primary way they would release changes to their platform would be through new API versions.
Their rationale is that versioning provides a 2-year stability guarantee for Core APIs and gives developers control over when they upgrade different instances of an app to use the latest platform features.
With this philosophy in mind, Facebook has announced the release of Graph API v2.1 as well as updated iOS and Android SDKs designed to work with this new version.
The Facebook dev team says that Version 2.1 incorporates several commonly requested features that build on the changes in v2.0 with the goal of increasing consistency and simplicity for developers. It's available now for all apps, and is now the default version for all new apps.
v2.1 feature highlights include:
- Pages are able to mention other Pages in posts published via the API. Developers who want to publish mentions of pages other than those managed by the developer will need to submit them for review by Facebook.
- /friends edge on the User object now provides access to total friend count. This is retroactively supported in v2.0 as well.
- The root node of v2.1 Graph API responses will always be a JSON object - rather than raw booleans, integers or strings.
- API v2.1 provides access to the data displayed in the new App Insights through a new 'app_insights' edge on the Application object.
- Field expansion syntax is now more concise.
- A new URL node makes it easier to access Open Graph and Share metadata for that URL.
Breaking changes & deprecations:
- FQL and the REST API are not available in v2.1. They remain available in v1.0 until April 30, 2015 and v2.0 until August 7, 2016.
- The syntax for field expansion has become more concise in v2.1, but the previous syntax will still be accepted. v1.0 and v2.0 have also been updated to now accept both the previous syntax and the new syntax.
- The Login Dialog no longer accepts the legacy return_session and session_version parameters.
- The /insights edge will be removed from the Application object in v1.0 and v2.0 on November 5, 2014. Developers should update apps to call /v2.1/{app_id}/app_insights instead.
- The liked field will no longer be returned in the page property of the signed_request object for Page Tab apps created. For apps created before the new release, starting on November 5, 2014, the liked property will always return true regardless of whether or not the person has liked the page.
- The Recommendations Bar social plugin has been deprecated. After November 5, 2014, the Recommendations Bar will no longer render on any website.
Changes to platform policy:
In addition to the launch of API v2.1, today, Facebook is announcing two changes to their platform policies. Developers should update their apps to comply with these policy changes by November 5, 2014.
Games which include mandatory or optional in-app charges must now disclose this information in their app's description, either on Facebook or other platforms it supports. This is to give people a clear indication that a game may charge people during gameplay.
Developers must not incentivize people to use social plugins or to like a Page. This includes offering rewards, or gating apps or app content based on whether or not a person has liked a Page. It remains acceptable to incentivize people to login to an app, checkin at a place or enter a promotion on an app's Page.
As directed by Facebook’s 2-year stability guarantee, v2.0 will be deprecated on August 7, 2016. After that date, all apps will automatically be upgraded to v2.1. v1.0 will be deprecated on April 30, 2015. Full release notes of API v2.1 are available.