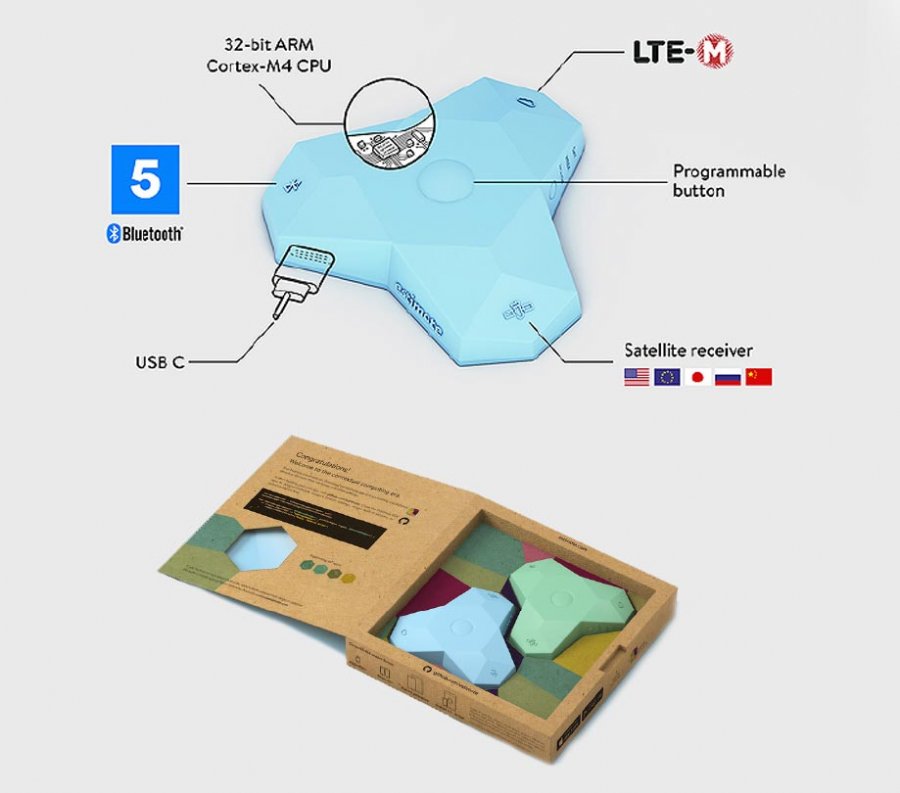 Estimote's new LTE Beacon has been released by to provide developers the ability to create cloud connectable and trackable IoT applications anywhere.

Estimote, Inc. was founded in 2012 by Jakub Krzych and Lukasz Kostka, and in 2013, they launched their first product, the Estimote Bluetooth Beacons compatible with iBeacon. Since then, Estimote has built a community of 150,000 developers worldwide - all using their SDK and Beacons to build incredible real-world interfaces that dovetail app experiences with your surroundings.

They have continued to expand their reach with better hardware, and updated SDK's - even launching a new GPS based telemetry (proximity) Beacon earlier this year, which not only interacts with outside hardware, but sends back all sorts of other information, including GPS location.

Estimote has just taken a other giant leap into the future with the release of their new LTE Beacon, which includes all of the existing functionally of every Beacon they have produced to date, but adds something that now lets Beacons fly solo through a dedicated LTE connection, so it's no longer a requirement to connect to any external device in order to send information. This opens alot of doors for developers, at a very attractive price point.

Jakub Krzych, CEO and Co-Founder at Estimote, took a few moments with us to talk about the new LTE Beacons, their capabilities, and how you can get some.

ADM: What’s the biggest change with the new beacons?

Krzych: We leveraged emerging IoT technologies (LTE M1 and NB-IoT) and have designed and productized a new device which we call the “Estimote LTE Beacon. The key change is that it has direct connectivity with the cloud, just like the phone. But it can still last multiple years like beacons.

ADM: Can the device communicate outside of your cloud or is that going to be a prerequisite like the GPS telem beacons were?

Krzych: The LTE beacons can be configured to talk to the outside world. They can ping your end-point or an external service such as Twillio.

ADM: Can you tell me, the 3 months free subscription to the LTE service - who is that through? And when the 3 months is over, where can developers activate the devices to continue to use LTE?

Krzych: The LTE devices we will ship will have sim-card included and the IoT data-plan active. The first 3 months are on us. After that time we will start charging $2 per the device per month.

If for some reason developer doesn't want to continue with this $2 plan he/she can continue to use the device and program it via Web Bluetooth, access GPS, etc but simply the device won't do any cloud pings.

At $2 bucks for the LTE subscriptions, is that USA only, and what about data usage limits? Are there other limitations in the $2 subscription?

Krzych: We work with carriers globally and so far we are able to commit $2 a month per device in most regions where Narrowband/LTE-M was deployed. Note that LTE-M is 375 kbps max and Narrowband 60 kbps speed, so it would require the radio to be always on to drain 100 MB a month.

Tell us how developers program the LTE beacons

Krzych: We have prepared Web IDE for developers to build apps for the device. They can simply use browser to create editable JavaScript snippet. There is syntax highlighting and auto-completion. Once the JS code is ready they connect to the LTE beacon via Web Bluetooth or via LTE and push the compiled byte-code info device. They can access GPS, sensor data, LTE radio - all with JavaScript.

Developers can order and receive the new LTE Beacon as early as the end of September according to Estimote at the pricing of around $129 plus shipping and handling.