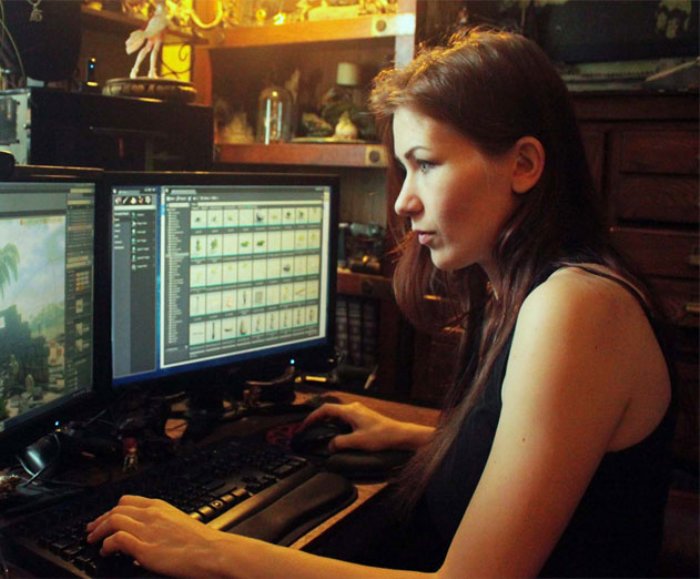 
49,481
Epic Games has awarded a new round of Unreal Dev Grants to a range of projects built with and for Unreal Engine 4.
The recipients are detailed below, and more information on the grant program is available at unrealengine.com/unrealdevgrants.

Spartan is a 2D platformer featuring “old school, tough as nails gameplay with pixel perfect controls,” and it’s made by only two people. Sinister Cyclops Game Studio get $14,000 to launch Spartan on Steam, and hopefully beyond.
Talewind features wind as a core mechanic in Ghibli-inspired, hand-painted worlds. WindLimit Studios earn $12,000 for this whimsical platformer, an exemplary showcase of UE4’s Paper 2D tool.

Heiko Fink has written a UE4 integration for the Perception Neuron motion capture suit, which drew over $500,000 in Kickstarter pledges due to the lure of affordable full body tracking in real time. Fink receives $12,000 for his freely available plugin which takes live data from the Perception AXIS Player into UE4.
SkookumScript is a text-based programming language for creating performance-critical gameplay. It’s been used in AAA games such as Sleeping Dogs, and it is now available as a free plugin for UE4. The mad scientists at Agog Labs receive $15,000 for their dedication.
Ziva Dynamics receives $15,000 for integrating its anatomical simulation software with UE4. Ziva CEO James Jacob commented, “Unreal has provided us with an absolutely fantastic development platform. It has allowed us to focus on the needs of our simulation without having to waste time by additionally implementing a rendering pipeline. The API is well thought out, extensive and logically organized.”

Digital Cybercherries, the UK team behind the fantastically nostalgic New Retro Arcade ‘80s arcade VR experience, receive $13,000 for their new co-op shooter HYPERCHARGE. Revealed today, the game is planned for release on PC, Mac, Linux and Xbox One.
German developer Rafaele Picca’s Deep Echo puts players on a mission in a submersible at the bottom of the sea. Richly detailed visuals and well-crafted design earns Picca a $10,000 award.

Mobile Entertainment from the East

Korea-based GaniTani get $12,500 for a new hash-and-slash mobile adventure, Bellatia (originally codenamed “Action Project”), which wildly departs from the developer’s more casual games available on Google Play and the App Store.
Wanderer 2: The Rebirth features monster hunting with magic spells and a fun combo system, all made by two people based in Chengdu, China. EasyFun Games receive $12,500 toward future development.

More Games We Want to Play!