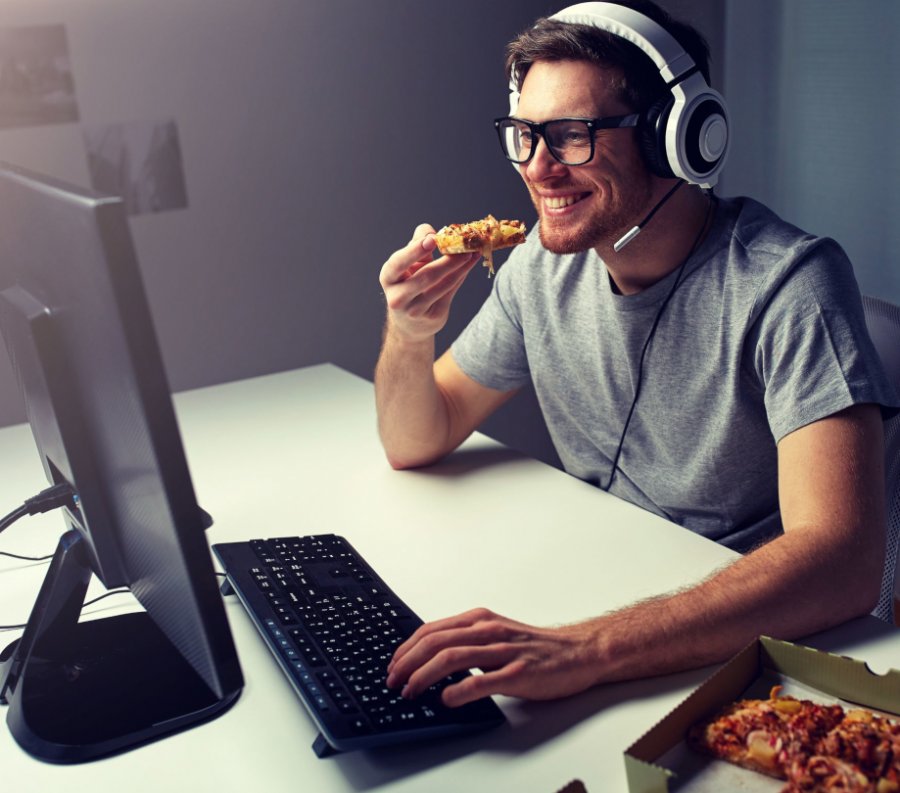 Developing video games that work for everyone

There's now a bigger audience for gaming video than the combined audiences of HBO, Netflix, ESPN, and Hulu - that’s a lot of people. But developers now have to think of the gaming experience from both the player’s perspective and the spectator’s.

Video games are interactive experiences – as the player, you can live many different lives racing fast cars, fighting great creatures and going on exciting, magical adventures. For as long as video games companies have existed, the focus has been largely on games that are fun to play.

Of course, though, we’ve all had to sit out a round and wait for a free controller. And there’s actually something exciting about watching other people play. Video games are first and foremost meant to be played, but new games are also just as entertaining and visually stunning as popular, big-production movies. Because of this, there’s a growing interest in experiencing video games as a spectator.

Big-name video game studios now cater to this trend in partnership with streaming services, largely in response to the fast rise of eSports (particularly Battle Royale). The gaming industry as a whole is working to accommodate both types of end users – players and spectators – and the opportunities each group offers. However, designing games that are fun to play and engaging to watch require new technologies and design mechanics, as well as elevated creative and strategic teams that invite players and streamers into the mix.

How streaming services and video-game viewers came to be

Interest in watching video games didn’t happen overnight. It’s human nature to enjoy watching skilled or entertaining content creators. Remember when we used to gather around the kid at the arcade who could get to a game’s highest level? Maybe you even gifted that kid coins so he or she could continue, and you could enjoy more story and gameplay.

New technologies play to these desires and empower popular streaming experiences today. On a massive scale, the democratization of gaming devices, smartphones, etc. puts games into the hands of more people – not all of whom are interested in playing. Technology and gamers are coming together to launch new solutions that make room for all types of players and viewers.

Streaming services like Twitch and StreamElements make it easy for gamers to launch their own streaming channels in a seamless and accessible manner. Twitch now invites viewers to participate in the gaming experience, and Twitch extensions make streaming less one-directional. Additionally, when playing Minecraft via Mixer, for instance, viewers can transform the digital environment in real time by dropping prizes and building in-game structures. With just one click, viewers can even buy Minecraft (or other game content) within Twitch. Interactions like these help players and viewers alike form connections within an intimate community of gamers who share interests and values.

As an added bonus, game developers and players can use these connections for commerce. Twitch users earn money based on their channel’s number of viewers and subscriptions, and players can accept donations while they stream. Amazon integrations also empower Twitch content creators to sell items inside and outside of the streaming experience. Big streamers can even earn sponsorship opportunities with name-brand companies and blend in-game currencies with real-world purchases.

It’s tough for video games to retain interest beyond the initial marketing buzz right after launch. Consumers have so many games to choose from across many counsels. But the overall gaming ecosystem is primed to make streaming a smart, profitable strategy for companies interested in leveraging new gamer behaviors.

How to develop video games that work for everyone

Most big gaming studios have already adopted streaming as a content creation option or will soon. An overlooked part of this process, however, is developing strategies that treat streaming as its own communication channel with unique customer needs and opportunities. In the same way decision makers prioritize differentiated approaches to Facebook and LinkedIn, gaming studios must think critically about their investments in, and approach to, streaming and viewers.

A major part of this process should be doubling down on collaboration and welcoming more feedback. Most gaming companies are open to the idea of feedback, but the industry must also work against a long history of closed-door policies and insider secrets.

To ensure the right voices are heard, consider working more closely with these two partner groups:

Gamers (players and viewers): Streaming platforms put content creation into the hands of the people, and gaming companies must proactively seek out gamers’ preferences. Dialogue with players and viewers reveals new gaming opportunities, as well as roadblocks. For example, by talking to players, game developers may uncover a need for more diverse content creation capabilities that cater to fun, entertaining video production. Conversely, streamer feedback may showcase that the spectator angle poorly influences the in-game balance and leads to cheating.

Uncovering goals and hiccups is much easier when real people are part of the development process from day one. Some major gaming studios already connect with gamers, like Ubisoft and EA. These companies understand the value of input from top players (gamers who play long hours and have massive online followings) and consult this group for its insider knowledge and vast gaming background. Video game studios can use gamer insights to engineer new capabilities that help players maximize their viewers – and, in turn, gaming studios grow their bottom lines.

Third-party experts: Industry experts offer the 360-degree perspective required for successful streaming, especially global gaming. Games intended for worldwide consumption are hard to master – these products compete against world-class games in oversaturated markets, and they must also comply with specific regional demands. For example, games can show different levels and kinds of blood depending on the country, requiring unique design elements that adapt by the audience.

Games have always been just about players, but this is changing. Viewers have a new power, too, and gaming studios must update their strategies to reflect this.

But this future is off limits to gaming studios that fail to welcome new voices as part of the ideation and dev phases. Creative gamers can produce content in authentic ways without any friction, other game lovers can enjoy these videos, and gaming companies benefit from the increased popularity and lifetime value of their products.