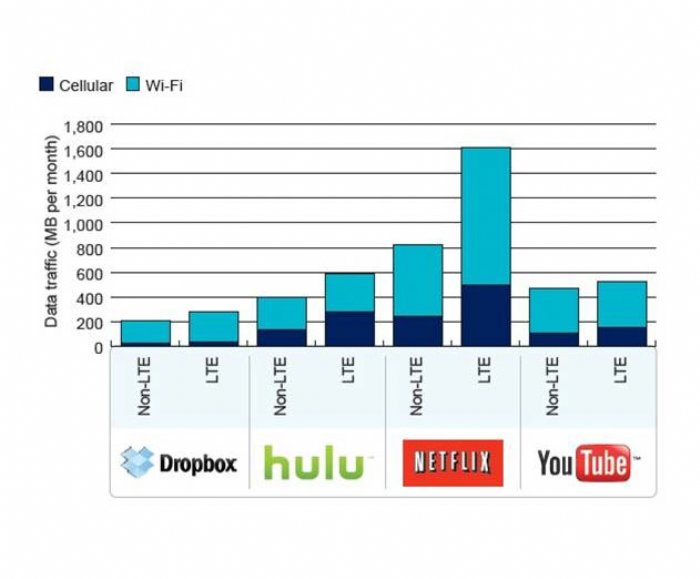 
1,742
Mobidia Technology and Informa have released a study as part of their paper, “Understanding Today’s Smartphone Users” which offers insights into smart phone data usage from an extended analysis of the leading LTE markets of the U.S., Brazil, Canada, Germany, Korea, Japan, Russia, Saudi Arabia, South Africa and the U.K.
The analysis, which was based on a data set spanning the full 12 months of 2013 and covering LTE markets with the majority of current LTE subscribers, shows LTE subscribers are shown to use more data and buy larger data plans. Additionally, the data demonstrates a continued decrease in the number of subscribers with unlimited plans and a higher utilization of plans for those subscribers on metered plans.
The data also reveals the continued reliance of Wi-Fi networks by smartphone subscribers – a trend that has been significant over the last few years. Operators continue to be challenged with preventing erosion to mobile data business from Wi-Fi, while better integrating Wi-Fi with other mobile and fixed broadband offerings to enhance the user experience.
The analysis highlights the following trends:
Across the markets studied, 4G subscribers consumed dramatically larger amounts of data than 3G subscribers. In Dec 2013, the average 4G subscriber consumed 1.9GB while 3G subscribers consumed only 894MB.
Wi-Fi continues to be a primary means of connectivity for smartphone subscribers, both 3G and 4G. Globally, Wi-Fi usage represented 78 percent of all data consumed on smartphones for all data subscribers in the markets studied.
Despite the growing Wi-Fi usage, 4G subscribers are buying larger plans. In Jan. 2013, 61 percent of 4G smartphone users have plans larger than 1GB compared with only 31 percent of 3G smartphone users. While the percentage declined slightly by the end of 2013, the data clearly shows 4G users are buying and utilizing larger data plans.
More 4G subscribers are exceeding data plan limits relative to 3G subscribers. This trend increased throughout 2013, suggesting users are more likely to upgrade to larger plans.
What does this mean to app developers? Data is going to be less of a problem because users are finding ways to get the data that they want. And people keep gobbling up mobile content and data is not yet a serious deterrent. Mobile operators are going to have to evolve on how users consume data, because of changing technologies.
To read the full report, visit the link below.