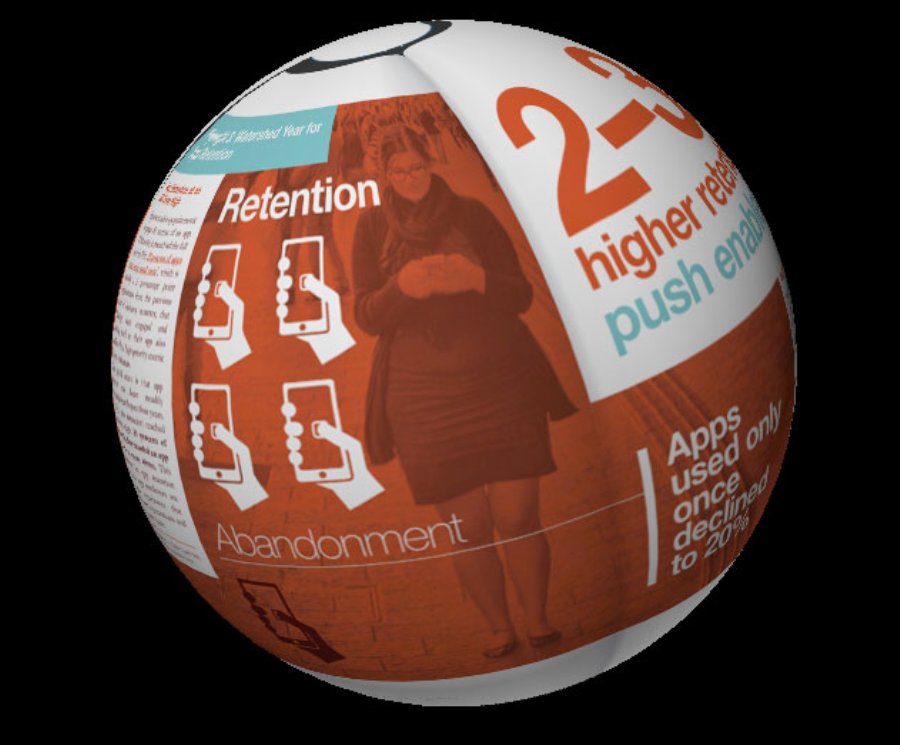 
17,367
It’s that time of year when we reach out to mobile industry experts to find out what their predictions will be for 2015. The folks at Localytics are one step ahead of us on the app marketing front, as they have already created an in-depth report, “State of the App: 2014 Review & 2015 Predictions” which includes their predictions on what will impact app marketing efforts for next year.
The report doesn’t just cover predictions for 2015, it also provides an analysis of successful app marketing strategies employed in 2014 and how these approaches will be refined, changed or perhaps even abandoned, as new techniques are created.
As Localytics point out, app marketing efforts continue to rapidly evolve each year. For example, in 2013 app marketers focused the majority of their efforts on user acquisition. In 2014, with people utilizing almost 90% of their time spent on media through apps, the focus was on engagement - and how to use data to improve user interaction. These efforts have paid off as Localytics’ research shows that people spent 21 percent more time in apps, which is driving app retention to an all-time high.
An important point of emphasis in the report is the fallacy of traditional wisdom within the industry that organic users are most important, and ad-acquired users simply don’t perform as well. Localytics research shows that ad acquired and organically acquired users perform equally well once inside the app, as measured by the percentage of power users (users who open an app 10 or more times) and three month retention (users still using an app three months later).
By comparing both of these metrics in app engagement, it demonstrates that both methods of acquiring users are equally valuable. This is an important point of distinction for app publishers, as they could see increased revenue from in-app ads in 2015, as the perceived value from advertisers of ad acquired users increases.
As for 2015, the report discusses these and other topics:
- Appification
- Cross-Channel Makes for Smarter Marketing
- The Rise of Personalized App Marketing
- Remarketing Outside of the App
- Predictive App Marketing
So how will all these factors tie together to impact the major app marketing trends for 2015? Find out for yourself by reading the report on the Localytics website.